Rap star Zlatan Ibile has humoured members of the online community with a video filmed while spending time with his son The video captured the moment he offered the little man packs of cheese balls and a huge stack of dollar bills However, the doting dad was disappointed as his son was more interested in having the cheese balls instead of money The video stirred hilarious reactions from his fans with some noting that a female child would have chosen money . Rap music star, Zlatan Ibile recently spent time with his son, Shiloh, and he filmed a short video of their time together. The Bolanle crooner took to his Instagram page with a video showing the moment he gave his one-year-old son an opportunity to choose from two packs of cheese balls or a massive stack of dollar bills. However, little Shiloh seemed determined to go after the cheese balls as he refused to bulge even after his dad tried to divert his attention to the money. After getting a pack of the snack, the little man returned for a second pack while still ignoring the stack of dollars being offered to him. , Zlatan hilariously noted that a girl child would have chosen money over snacks. 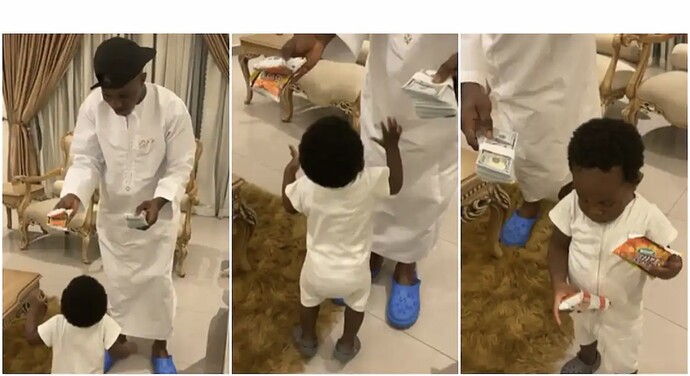 What shows the money is full of blood. Did you know how much they make in YouTube streams