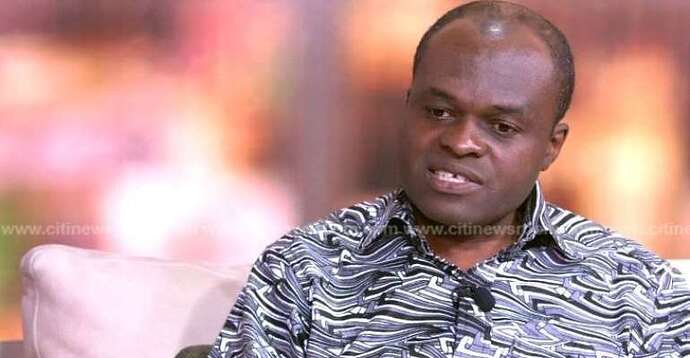 A private legal practitioner, Martin Kpebu has commended First Lady, Rebecca Akufo-Addo for returning to the state allowances amounting to GHS899,097.84 paid her since 2017.

He said the gesture of the First Lady is a show of someone who listens to people.

“She’s done Marvellous by returning the money. That’s a mark of someone who understands high emotional intelligence because the facts on the grounds show that many Ghanaians are suffering. So she must be commended for the action taken. She’s done extremely well,” he said.

The government has come under fire after it came to the fore that, a recommendation for the First and Second Ladies to receive monthly salaries had already been approved by Parliament.

Ghanaians were further livid because it was disclosed that, the First and Second Ladies will be receiving cabinet-level salaries.

The recommendations were made by the five-member Professor Yaa Ntiamoa-Baidu committee set up in June 2019 by President Nana Akufo-Addo to make recommendations on the salaries and other gratuities of Article 71 officeholders.

The First Lady, Mrs. Rebecca Akufo-Addo also already refunded the allowances she received since 2017, with the Second Lady, Mrs. Samira Bawumia also promising to do same.

A letter from the office of the First Lady, to the Chief of Staff and copied to the Chief Director of the Jubilee House, on July 13, 2021, announced that she has released a cheque of GHS899,097.84 to the state to settle all allowances paid to her over the period.

He added that Mrs. Akufo-Addo’s decision to return the money means she understands the plight of Ghanaians.

The fire that was coming from the public is the reason she brought back the money. She realized that the youth of this country her husband is running are not happ.

The pressure was too much for her and so she got no choice. It’s about time we hold them by the horn.

Guilty co kicked in, how you gon’ take this huge allowance when most workers haven’t been paid for months. Like she won’t return it s3n, she won’t be able to sleep mpo

I wonder if this people have conscience. Why would she even accept the money in the first place? If not for the fact that Ghanaians were very agitated, she wouldn’t bother. I don’t see why they are congratulating her as if she is doing us favor.