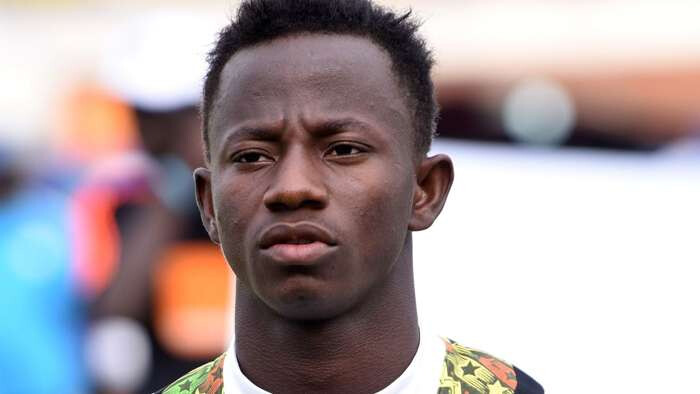 The winger made global headlines earlier this week after dancing his way through Gornik Leczna’s defense to score an incredible solo effort.

The goal has been reported around the world and shared by top sport and football outfits on social media, including world football’s governing body Fifa.

“I’m a creative player, an attacker. And of course, if you’re a creative player, you have to create something on your own sometimes. The team needs this,” Yeboah, who was on the books of Manchester City from 2014 to 2018, told TV3 .

“This is something that I do a lot of time here in training. Everywhere I find myself playing, I just want to have fun, I just want to have the ball, enjoy the ball on my feet, do the trick that I could do, and I watch a lot of videos of Messi, Neymar, all these great players, and they also do the same thing like that.

“So when I had the ball, I said, ‘Okay, why not?’ I have the talent, ability, confidence, why not try like them, because they also do that in training and they take it to the game. So I have been doing that a lot in the training and anywhere I find myself playing.”

Yeboah’s goal helped Wisla to a 3-1 away win at the Ekstraklasa.

It was his third goal in five season appearances for the club he joined from Spanish La Liga fold Celta Vigo last year.

“It’s a great feeling to wake up and see my video everywhere trending and everyone talking about it in the world. I’m happy for that, to do this and for people to share it as well, and I feel great. I’m proud of that,” added the 24-year-old.

“Before the game, I had a chat with the coach and he told me, ‘Yeboah, you’ve got the talent, you’ve got everything. When you’re in the final third, do what you can do.’ When I had this ball particularly, I was thinking now is the time for me to also show my individual skills.

“I believe in myself and also I had the confidence to do that. And then, of course, I had the talent, the ability for it. When I had the ball, there was no other option. I was looking for a pass but after quick thinking, I was like, ‘Okay, just do something. Do what you can do.’ I have the confidence to show my ability on the pitch, so I took the ball, made some tricks and it was successful.”

Yeboah, a full Ghana international, last earned a Black Stars call-up ahead of the 2019 Africa Cup of Nations tournament.