Women, I fear you’ – Man cries as daughter’s DNA test comes back negative 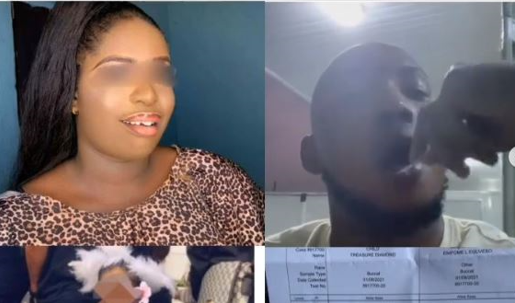 A Nigerian man has taken to social media to seek justice after a DNA test result showed he is not the father of his daughter. For 5 years, he had believed himself to be the biological father of the child.

One Eguveso Enifomee who lives in Warri took to his Facebook page to share his misfortunate and drag answers from his fiancee. According to him, he had always suspected the paternity of the child. But did not want to go against the man of God. Since his girlfriend told him that a pastor had confirmed that the child was his.

“I always said that the possibility of this child being mine is extremely low. Because when she was pregnant, I was not aware. She got pregnant, two years later she just came and said it is your child. I was even the one who playfully initiated the convo that I heard she has given birth. She said it’s your child. I asked, which child? She said that one pastor said the father would come and after the child.

Sharing a photo of the DNA test, he wrote, “After a DNA confirmation from western hospital Warri to the United States of America this child is NoT MY child.” 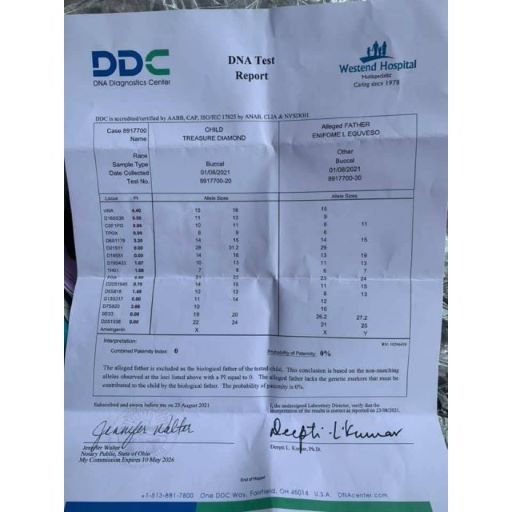 He explained that although he was in a relationship with her, he knew others who were also sexually involved with the lady. He said, “I agree. When we were in school, we were together for some time, but sorry to say I was not the only one, we were many. She was not dating only me. I was just a sideman. She had a boyfriend. It is not like I want to spoil anyone’s personality. She had a boyfriend. We were just having sex.

“When she was pregnant, I was not aware. Two years later, she came saying she was my child. She took the baby to my dad, my dad accepted., saying the child resembled me 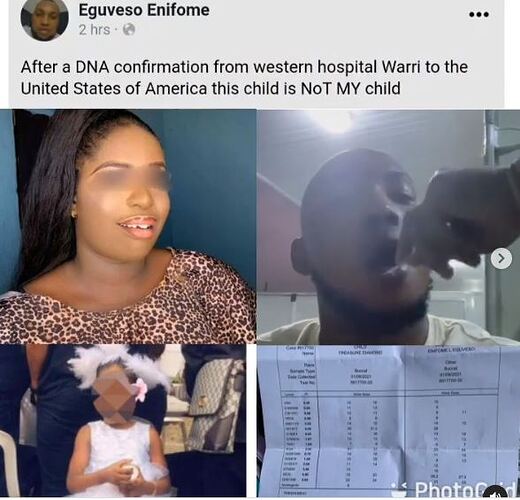 Finally, after taking responsibility and looking after the child for seven years, he has found out that he is not the biological father.

The bottom line is, fear women and live long. Still one child, one DNA. Akpe bebreee

Another one has happened. This is getting out of hands. The unfaithfulness in a lot of relationships and marriages today is alarming. I’m even scared of giving birth mpo. Just like Bra Quame yesterday, someone also fathered a child which is not his for 7years. I think I might adopt your policy @Kwame_Kradi

Chale it the best policy if man get money ooo. It’s not fair to responsibility of a child who’s father is firing your wife left right center. In future I will push for the government to accept Health insurance for DNA test or give everyman 50% discount on same test. We all need to be sure who our children are.