Woman shares photo of bolt driver mas.turbating his strong manhood while driving her, slams him on social media 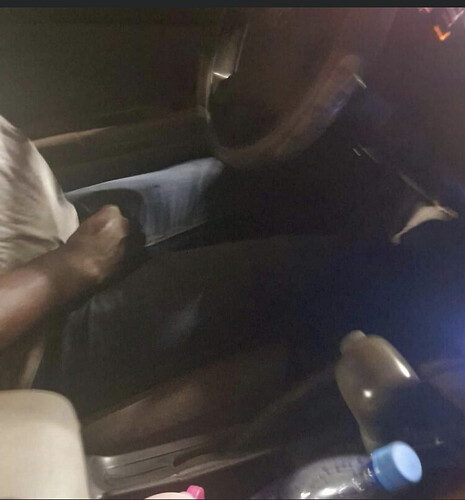 The businesswoman identified as Awele Ejiofor said she ordered a bolt ride from Lekki to Ajah. She said against her own rules, she dozed off in the car and left her fate in the hands of the driver identified as Mr. Samson.

She explained that to be safe, she waited till they got to a busy bus stop and she asked him to pull over before confronting him. 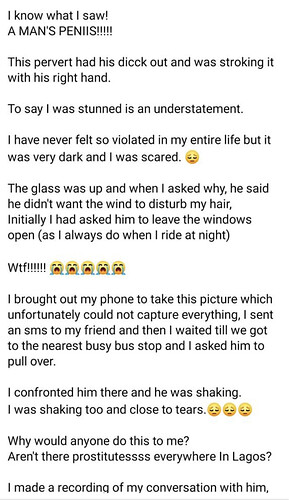 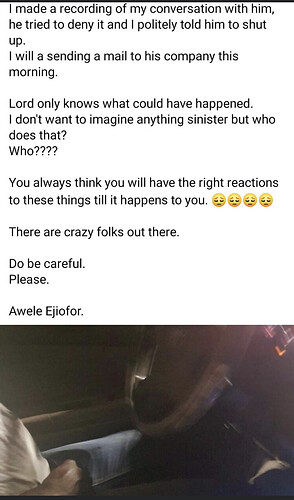 the man ein eye get . He wish say he go eat the woman

This is serious. This driver should be arrested and prosecuted.

I think the driver needs to see a psychologist. What if an accident had occurred due to his disgraceful behavior of his