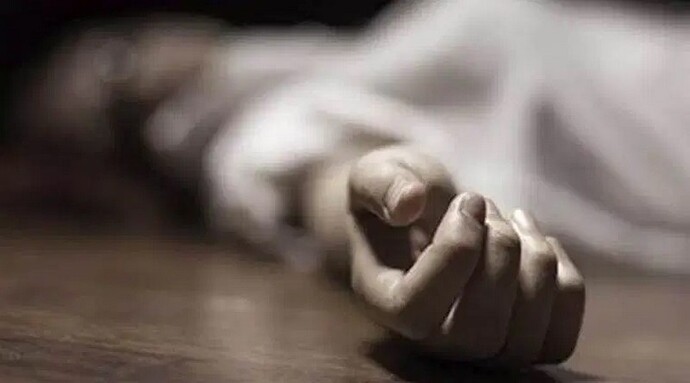 A mother has been jailed for life for killing five of her children after she saw a photo of her husband with his new partner.

The 28-year-old, who is known by the name Christiane K, is said to have suffocated or strangled her five youngest children in her apartment in Solingen, Germany, on September 3, 2020.

The district court of Wuppertal heard she drugged Melina, one, Leonie, two, Sophie, three, Timo, six, and eight-year-old Luca before either drowning or suffocating them in the bathtub.After she carried out the murders she wrapped their bodies in towels and placed them in their beds.

Her eldest son, who was 11 at the time, survived as he was away from home at the time.
Detectives claim she murdered her children after seeing the photo of her husband with a new partner at his side.

She messaged her husband to tell him he would not see his children again before she carried out the harrowing murders.
Christiane K. threw herself in front of a train in Düsseldorf Central Station to kιll herself, but she survived.

Psychiatric and psychological experts appointed by the court found no evidence that she had a serious mental disorder at the time.

The court heard she claimed that a stranger broke into her home, handcuffed her, forced her to type the chat messages to her husband before killing her children.

The court heard more than 40 witnesses during 20 days of the trial before Christiane K. was found guilty and handed down a life sentence.

Her surviving son is believed to be under the care of his grandmother.

What she did is beyond madness. If this kids father left you for someone else, does it mean you should retaliate by killing the children you had with him? There are countless things happening around the world that I just can’t believe it did really happened.

I’m guessing her husband leaving her broke her heart beyond repair. She tried to control it at first but couldn’t. She couldn’t get outside help or no one truly understood her because of their “stay in your lane” system.

She couldn’t take it anymore so pain took over, then hatred, then bitterness, then revenge, then death. (Not necessarily in that order)

She murdered the kids before taking actual action.

I think she needed help but none was available or even if it was, she had already been consumed by her pain.

It’s really a sad story. I fear more will be happening though.

It is a sad story indeed but that doesn’t change the fact that she murdered her children in cold blθθd. In fact, there has been numerous cases on husbands cheating on their wives but that shouldn’t give her the audacity to take the lives of her children all because of depriving her husband from seeing the children (this is a cheeky reason) . Yes, she has gone through this heart break but her children don’t have a hand in this, why eliminate them?

Oh yeah…she should do her life sentence. What I said doesn’t exonerate her. Wrong is wrong, whether done intentionally or unintentionally, betrayal or not, pain or not. That’s the problem I seem to be getting with some people on this platform…lol

Pains as we see comprises of a whole lot of things. Pains leads to hatred, bitterness, revenge etc as you said and when this takes over you, it doesn’t last longer but how you’ll control it is where many fails.

Pains can last for just 10-20 minutes but many are not mentally and emotionally strong to stand it in situations like this and at the end of that few minutes, they end up doing the most stupidest things.

Also having nobody who’s gonna give you comfort in such situations is another set of battle. Having someone who’s gonna give you the assurance that, everything is gonna be okay is really necessary. But in this woman’s situation, it seems she was lacking it all and at the end, she did something that’s going to hunt her for the rest of her life.

That’s an issue too. She should have asked herself this simple questions, does this kids belongs to the man only? Am I the one who carried them in my womb for the 9 months period of pregnancy? Does this kids have something to do with my husband leaving me for someone else? Are this kids innocent?
After analyzing this questions, she wouldn’t have done that silly thing by murdering her children.

Life sentence is not enough, she must be isolated from human contact so she can really get mad

This your judgement is so wild. But she deserves it

This type of cases is really getting out of hand … Seriously… How can a fully grown mentally sounded woman do this to her own children all because a man cheated on her … This world is indeed coming to an end oo .

The things happening now is beyond imagination and we always wake up to hear weirder ones each and every day. She couldn’t look at the innocent faces of her kids and she went ahead to mürder them. Hmm

But the again i think proper investigation should be done

, innocent people are going behind bars too much

Yeah by now I think every bit of investigation needed to be done has been done.

This is the reason why each and everyone of us must try our possible best to learn how to control our anger. The fact that you got angry with your husband by seeing a picture of him and a different lady which happens not to be you, doesn’t mean you should land all your pains on the innocent kids. Well a life sentence serves her right.