Why Must We Pay Spouses Of Presidents For Running NGOs? 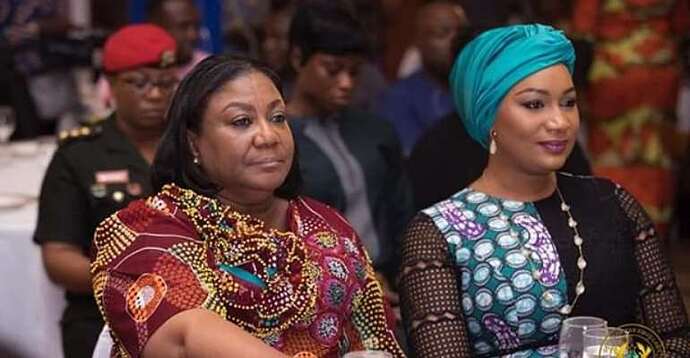 We must stop excusing the failings of our system by finding solace in semantics. Those defending and explaining how and why we got ourselves involved in paying wives of serving and former presidents should stop same forthwith.

Need I tell you that spousal emoluments are unconstitutional and that same would be rejected and declared otiose in any court? To be blunt, it’s misleading culturally, religiously misplaced, and unconscionable morally.

Why must the State fund private initiatives/activities of spouses of presidents and former presidents?

I am diametrically opposed to government paying spouses of presidents pursuing their individual goals, and finds same as unconvincing.

Look, Nana Konadu Agyeman Rawlings pioneered the 31st December Women’s Movement. She was /is the life president of this socio-politico all-female group under the control of her husband as President.

The activities of this group were partly if not all funded from state coffers. Nana Konadu left office in 2001 with everything 31ST December Women’s Movement.

Where is the Mother and Child Foundation launched by Theresa Kufour in 2003? Who are the owners of this foundation? She left the corridors of power with every aspect of her foundation in 2009.

Unlike those before her, Ernestina Naadu Mills decided not to engage in any foundation trade aside her wife duties.

Then came Lordina Mahama. She established The Lordina Foundation ostensibly to support the underprivileged. She also exited power avenue with foundation.

And now, The Rebecca Foundation. Rebecca’s foundation is paying attention to supporting government efforts to improve the lives of the citizenry, particularly women and children.

Be mind that all these Foundations are Non-Governmental Organizations with NGOs as their nick name.

What is our interest in paying staff of these NGOs? Why must we pay people for running their private businesses?

They (spouses of president) are not accountable to the state, reasons why their activities are not scrutinized by parliament.

It’s for this reason, the 1992 Constitution failed to recognize First Ladies and their office for salary or allowances. Alternatively, the Constitution did not injunct them from working privately as wives of presidents.

Cutting a long winding narrative short, SCRAP ARTICLE 71 from our books before you reject the proposal to pay me because my wife is elected into the high office of President of Ghana.

This was not the bargain.

Running an NGO is a personal and independent decision. No one can force an NGO to undertake a project or program. It is solely the responsibility on the part of the NGO to set their goal and targets for their charity programs

If a first lady wants to to do something for the people , she can do that out of her own pocket aND capital. We can’t pay her for doing charity. We are already paying her husband to work for us in solving some economic and social issues.

It’s a loudable idea when the first lady in this current administration began a project to fully finish the maternity Ward in okomfo anokye hospital in Kumasi.

Why must we huh, when did running an NGO require government to pay you for a good work you personally initiating to help you and others , we thank them for their good work but we don’t have to pay them , if government had something donate it to the organization, that one kraa some small Quacha to help out.