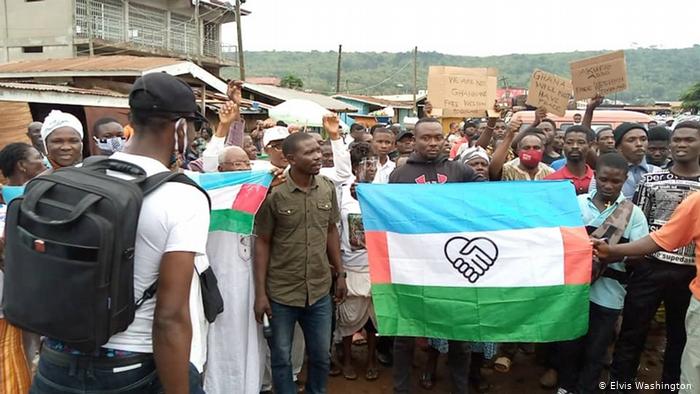 Charges of treason have been withdrawn against 17 persons who are part of 38 accused who are standing trial for being part of a secessionist group.

The 38 were earlier on provisional charges including treason.

State prosecutors informed the Criminal Division of the Accra High Court it has replaced the charges with new ones.

The court presided over by Justice El-Freda Dankyi, took the plea of 17 of the accused persons on the fresh charges although 26 out of the 38 persons appeared in court Monday July 19.

The 17, who were put in three groups pleaded not guilty to the charges.

Sixteen of the accused had their bail application denied except one Wisdom Dzedze, who was granted bail on health grounds.

The 16 persons have therefore been remanded into prison custody.

Meanwhile, the remaining suspects whose case were not called today are supposed appear before the court on Wednesday July 21.

Earlier, lead Counsel for the accused persons George Asamani, told the Court per the earlier charge sheet served on them on July 7, the Attorney-General indicated they were to appear before the Kaneshie District Court on July 28 and 29 for commitals.

He stressed, he was however not too sure about the procedure because they have not been informed of the withdrawal the earlier charge sheet only to be served with the current one.

Senior State Attorney, Vivian Osei-Tutu in her response said, the AG instructed the charges at the Kaneshie District Court be withdrawn.

She added, counsel for the accused have been informed.

I knew this issue would amount to nothing. The only problem is that things like this set be precedence. The state has the responsibility to pursue this case to it’s logical conclusion.

We must stop shielding people who have intention of causing confusion,fear and panic and even treason. Papavi and his incorrigible followers could have smell the wrath of the law. I don’t support divisiveness in any form

Issues in Ghana that’s loud don’t actually mount to anything and we have lots of instances, this was nver an issue to begin with . The have bo control over the situation.