West Ham’s London Stadium is the 66th different stadium that Cristiano Ronaldo has scored at in matches played in Europe’s big five leagues, scoring at more unique venues than any other player since his Man Utd debut in 2003-04, ahead of Zlatan Ibrahimovic (64). 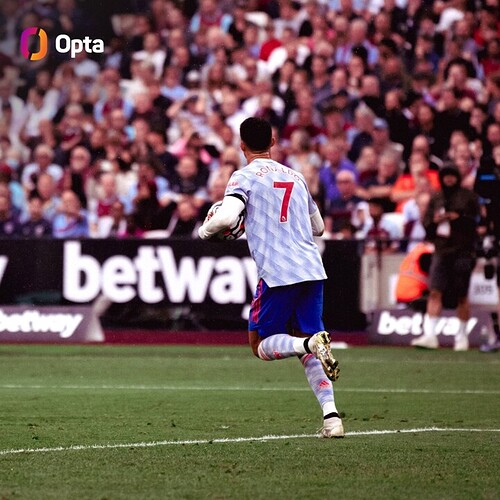 Breaking and setting record the goat

CR7 all the way … man must shine again. Juventus was a bad transfer for his career

He scored tho, but wasn’t quite an impressive game for him. The records de3 since he’s old and hasn’t decided to quit playing de3 he will break more and set more records. But he hasn’t been extra to me . Maybe he’s trying to blend in or maybe he’s just old , anyhow he’s a magnificent player

Ronaldo is really doing well. He has shown that he is the real goat. In all the different leagues he’s played in, his performance his stunning. As for opana, he cannot see his left and right in France

Opana dierr ein career go do like CR7 for Juventus​:joy:

Chale but CR7 he did very well at Juve ooo

He did very well Buh his career would have been shuttered if he is still dere .