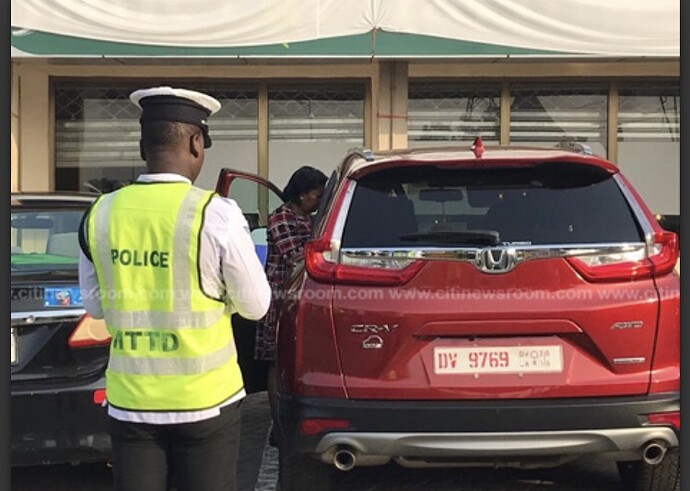 The Adentan District court presided over by Her Lordship Linda Amissah, has fined 8 errant drivers a total of GHS14,400 for committing various traffic infractions.

On Wednesday, 27 recalcitrant drivers were apprehended by the police at the East Legon under-bridge tunnel in Accra, in the ongoing War Against indiscipline campaign championed by Citi TV.

The case has been adjourned to Monday, August 30 when the remaining drivers are expected to appear in court.

Earlier this week, 19 errant drivers who breached various Road Traffic Regulations were fined by the Ashaiman Motor Court over GHS18,000.

The War Against Indiscipline (#WAI) – Be the change campaign is aimed at helping to avert the increasing loss of lives through road crashes.

The exercise took the nation by surprise when it partnered with the Ghana Police Service to arrest errant drivers, process them for court, and have them fined.

It covered roads noted for reckless driving within and outside Accra.

The first leg of the campaign was aimed at checking indiscipline on roads.

The campaign was also targeted at putting regulatory bodies on their toes to ensure that the various road safety laws are enforced.

A second leg sought to compel drivers to stay within speed limits.

The road safety inspectors from the Authority will focus on institutional vehicles.

In an interview on the Citi Breakfast Show, the Head of Regulation, Inspection, and Compliance at NRSA, Kwame Koduah Atuahene, said the Authority will follow up with the institutions of the offending drivers to ensure appropriate sanctions are meted out to them.

“This week we plan to join the team and provide as much support. We are going to focus on institutional vehicles because part of our mandate is to ensure institutional compliance.”

“The public are rest assured that we will hold these institutions accountable when they are caught engaging in any form of road offences.”