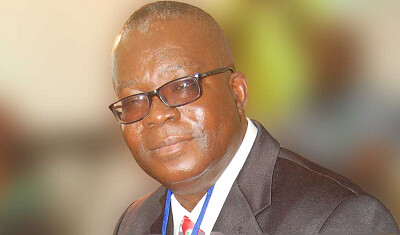 The National President of the National Association of Graduate Teachers (NAGRAT), Mr. Eric Agbe Carbonu, has said the invigilation of any of the West African Examination Council’s (WAEC) activities is not compulsory He added, therefore, that any teacher who wanted to take part in such activities had to apply for it on his or her own.
“Henceforth, any of our members who are interested in any of WAEC’s activities, be it invigilation of examination at the Basic Education Certificate Examination (BECE) or West African Senior Secondary Certificate Examination (WASSCE) level or any other WAEC’s activity, should apply for, as it is not compulsory. Our duty as teachers at those levels must be the preparation of the candidates for the examinations and not compulsory invigilation It is not compulsory that because we prepare the candidates, then their invigilation at the examination centers shall also be our compulsory duty. WAEC is to employ invigilators and no teacher should be forced into it’’, Mr. Carbonu, said.

The National President said this when he addressed the sixth Quadrennial Eastern Regional delegates conference on the theme: “Confronting the future of education through IT: A clarion call to teachers and managers of education,” at Nkrumah in the Eastern Region last Wednesday.

Mr. Carbonu noted with concern that invigilation was an optional job if any teacher wanted to engage in it for WAEC. He said it was time the Ghana Education Service (GES), the employer of teachers at those levels, stopped coercing teachers for invigilation.

“Let me state clearly that invigilation comes with consequences, when sometimes the untoward happens, so the teacher should be willing to face the consequences. We also call for proper remuneration for teachers who invigilate to attract quality teachers to do it,” he stressed.

Mr. Carbonu also advised teachers who would like to engage in WAEC’s activities, especially invigilation, to abide by the rules and regulations and not to allow themselves to be influenced by anybody with anything.

He said NAGRAT had examples of two of its members in the Eastern Region, falling victim to invigilation malpractices last year and having been sanctioned and punished without salaries up to date, adding, “we don’t want a repeat of that incident.”

The National President assured the teachers that discussions were ongoing with the employer to ensure that what was due them in terms of allowances were paid.

Mr. Carbonu said NAGRAT would not support teachers who were found engaging in immoral conduct with their schoolgirls, as the law would take its course with such teachers.

He, therefore, cautioned them to be morally upright and be examples to the schoolchildren, adding that “no matter the age of the girl, a schoolgirl is a schoolgirl.”

The Eastern Regional Chairman, Mr. Awoonor-Yevu, in his report said teachers were working with students/pupils whose entire lives were immersed in the 21st-century media culture.

He said the students/pupils who were today’s digital learners or information technology (IT) learners, needed teachers to teach them, students/pupils, how to use the IT tools to enable them to become media literate in an online collaborative, research-based environment.