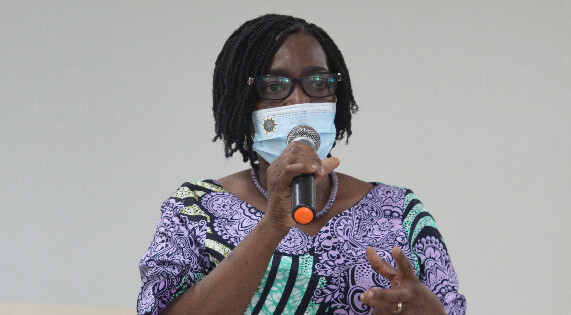 The West African Examinations Council has denied claims by African Education Watch, that the practical examination paper for Food and Nutrition, which was administered on the August 20, leaked.

Explaining with reference to the supposedly leaked and administered papers, Head of the National Office Wendy Addy-Lamptey noted, aside the fact that the alleged leaked paper had so many grammatical mistakes, it did not have the same questions as the original.

“EDUWATCH’s paper that they sent to us was not the only fake paper we had. We had some media houses forwarding to us, questions they had and after the paper was taken, we forwarded to them, the actual paper that was taken,” she said during a press conference on Monday.

Mrs Addy-Lamptey cautioned Africa Education Watch to do due diligence before putting out such information.

She stated that such information would not only affect the credibility of the West African Senior High School Certificate Examination (WASSCE) results and the examination as a whole, but also put undue pressure on candidates, parents and stakeholders.

“Local and international bodies that use our results for admission of Ghanaians into their institutions may doubt the credibility of our certificate, making the Ghanaian child the ultimate loser,” she added.

Her comment comes after the education think tank, Africa Education Watch, announced that the Food and Nutrition paper had leaked.

Africa Education Watch disclosed, in a post on Twitter, that the paper was leaked on social media on Thursday and subsequently at 11:06 am on Friday.

EDUWATCH revealed that WAEC was notified about the leakage hours before the examination was conducted and had begun to work with the examining body to improve accountability and credibility in education assessment.

However, Mrs Addy-Lamptey believes that such posts without needed checks have the tendency to cause “unnecessary” anxiety.

She, nonetheless added that the doors of WAEC are open to EDUWATCH and other stakeholders who are ready to engage them to ensure the hard-earned reputation of WAEC is maintained.

Additionally, she said that WAEC has noticed the resurgence of rogue websites and WhatsApp groups created purposely for cheating.

“They are out there and have asked students to join. The students are being asked to pay money and we wish to caution all candidates to be wary of activities of websites such as these.”

“They will deceive them [students] and draw attention away from their books. We want to advise all candidates on such platforms to exit them immediately. The security operatives are on alert and assured us they are working to bring these perpetrators to books,” Mrs Addy-Lamptey cautioned.
Source: MyJoyOnline