Mark Zuckerberg has revealed a glimpse of Facebook’s plans to build the “metaverse” - a digital world built over our own, comprising virtual reality headsets and augmented reality. The product launch came as the social media giant announced it will change the name of its holding company to Meta, which is totally meta. 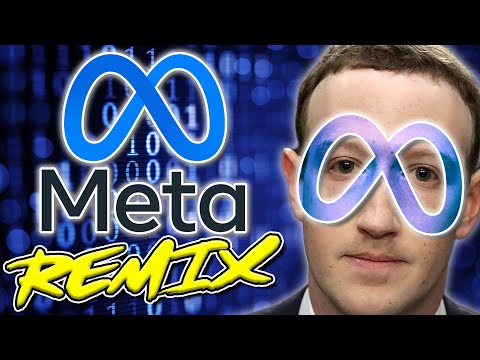 Lemme know in the comments if you like the song…

I’m excited to see this Metaverse come to reality. Facebook is dead, let’s be honest. Who even uses that anymore

Time for a fresh change. Cut Zuckerberg some slack.

Hats off to the guy who made the track and the editor.

Facebook is trying so hard to get as much of people’s time on their platforms as possible. Too sad they won’t get me anymore, quit FB long ago.

I’m excited to see this Metaverse come to reality.

Well, I for one think Libra will be used in the metaverse too, driving its price up. So those in the crypto space should watch out

Hats off to the guy who made the track and the editor.

The song dier, chale ebi vibe waa
They just want to steal our time, its been long I have been on there, lately OF takes more of my time

I think they renamed it from Libra to Facebook Diem. But you’re right, early investors will gain a lot for sure!!

Aaahhhh, ok, that was subtle. I didnt notice the change, well we are waiting for it to be lauunched. I am sure the metaverse will kick things into perspective, it might end up being a virtual blockchain environment. And if it des, it means artists can create and sell art within the metaverse and that money will go haywire

I think you see the projection. Don’t forget they bought Oculus too so the virtual currencies will feature in the VR world.

I think Bill really trained Mark good, he is doing boss stuff, kind of looks like Bill gave him the keys to what he was trying to do in the past, but that got him a pie in the face and he is encouraging Mark to go for it by grooming him and supporting him.

A while back in the 00’s Microsoft came out with net passports, imagine what they intended to do with that. Looks like the game is written, they are just upgrading it. But I still want to see the Metaverse, that might break down eventually

See the thing is, if Bill was active in our time, he’d have done more. I think. Tech grows so fast and times have changed. Bill did what he could, Mark will do what he can, after we’re dead and gone some yet-to-be-born dude will do something else that will put Metaverse to shame. whatever the case, we’re living in a good time to witness the progress.

Are you sure Facebook is dead? The most suscribed to app on Earth? Even without meta, Facebook would’ve still maintained it’s steam for a long time.

Rebranding is important to every business and that’s what happened; cos Facebook was outgrowing the market on which it was built. They needed to expand by adding more virtual reality.

The meta song is not that bad though. I’m feeling it.

Mark be doing the most in this tech era and that’s great of him. However, he must stop selling too much of our informations to third parties for selfish gains. We shouldn’t use meta as an easy way to circumvent the realities. Sometimes he slacks too much and he must watch it.

On the real, I think I should have this song on my “Metaverse” playlist

And oh, Facebook cant be dead . I think people use that app more than any other. The reason to redirect the policies and operations of the company

On the real, I think I should have this song on my “Metaverse” playlist

Add it bro. I’m downloading mine

We shouldn’t use meta as an easy way to circumvent the realities.

Exactly what it was built for bro, and maybe why China has limited time to 3 hrs only for children on gaming consoles