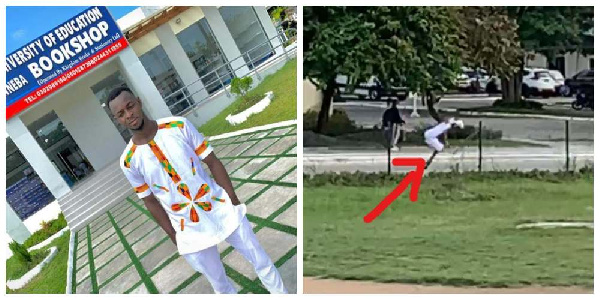 A final student of the University of Education Winneba has lost his life under circumstances described as bizarre by social media commentators.

He said after his backflip acrobatics in celebration of his final paper failed. This happened on the streets of the university campus.

Sani Majeed, a level 400 student who together with colleagues were jubilating after their last paper on Tuesday, unfortunately, passed in the early hours of Thursday, according to reports.

According to reports, Sani was quickly rushed to the Trauma and Specialist Hospital at Winneba and in the latter hours was transferred to a hospital in Accra. It is reported that he had suffered a broken spine.

Sani was a known gymnast with the Department of Health, Physical Education, Recreation and Sports who represented the school at several competitions performing complicated manoeuvres.

A video sighted by 3news.com shows students expressing a sudden shock bringing the celebratory mood to an abrupt halt. Many students have taken to social media to express their condolence over the loss of their colleague who was looking forward to their graduation after years in school.

The entire student body and Student Representative Council (SRC) has also commiserated with the family of the deceased and its recent statement signed by the Public Relation Officer (PRO), Aziz Asaana Imoro cautioned ‘All final year students who are in the mood of celebrating the completion of their courses/ programme should do so with moderation and should not be carried away by their rejoice ‘. 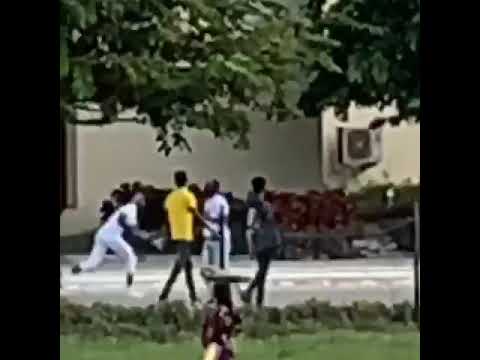 this is bad luck of people

You can’t call this bad luck. It is just a misfortune that happened.
It is very sad though considering how he has suffered throughout his stay in the school only to die in the last minute.