Video: 2024 elections will be a do-or-die at the polling station - Mahama

The 2020 presidential candidate of the National Democratic Congress (NDC), John Mahama, has said the party is ready to battle with the New Patriotic Party (NDC) in the 2024 elections. According to him, the 2020 elections were won by the NPP because they terrorized the NDC at the polling stations.

Speaking on Techiman-based Akina FM in the Bono East Region on Tuesday, September 7, 2021, he said the 2024 elections will be a do-or-die affair, especially at the polling stations.

He also warned that in the 2024 elections, the NPP is not going to have it easy as they are going to fight them boot for boot—a do-or-die affair if they try to rig the polls.

Watch the video during the interview below: 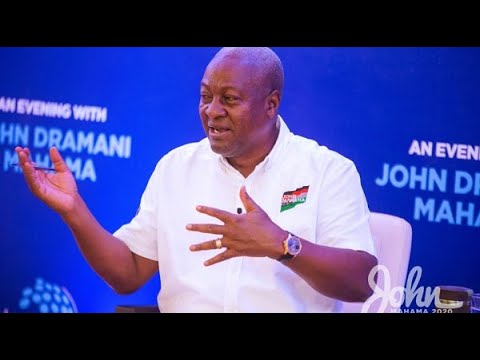 I wish I can say otherwise about our current president but I’m sorry, no. Few days ago, the taxpayers money was used to hire another private jet. These are people we should be focused on. Not the man who did more for this country than any president of this fourth republic.

The same peace was preached all over during the 2020 elections but what did we see at the various polling stations and even on the floor of parliament? CHAOS & VIOLENCE carried out by the NPP. JM is only speaking figuratively. He is only saying whatever the NPP or any other political party is bringing, NDC is ready for it. They should bring it on!

Lol. Even a superman like Thor didn’t bath in the sky, apart from his home, Asgard. The president should have been impeached long ago if Ghana were to be a SERIOUS country.

Chale but that chaos wey happened for parliament be funny thou​:joy:

. Some of this MPs dey gym low key ooo.

Lifting 5kg in the gym dem figga dem be strong