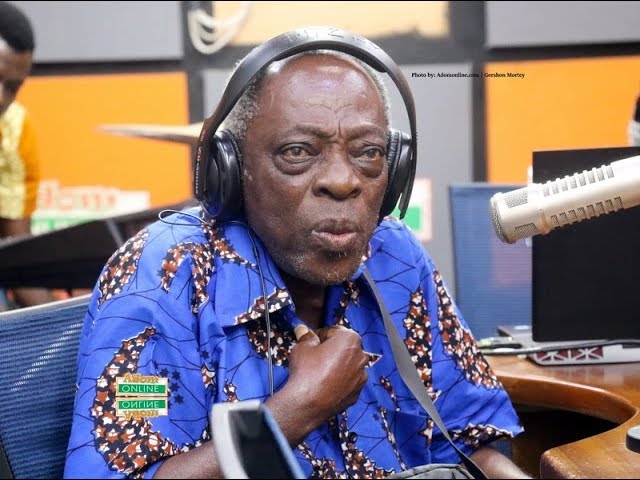 This sad information of his death was broadcasted by Comfort Laing, who is the daughter of the actor.

According to her, the father passed away at his residence in Accra on Thursday, September 16, 2021.

Per reports, Actor Kohwe suffered a stroke. He is believed to have died at age 75.

His sudden death comes a few days after photos of the tragic state went viral on social media.

The photos revealed Kohwe sitting on the laps of a young man identified as Anokye very helpless.

Anokye shared the photos of the latest condition of Kofi Laing when he visited him.

Before his demise, the actor urged leaders of the country and the public to care for the plight of old actors who through their gift brought laughter and eased tension in many homes.

According to him, what they did cannot be quantified, considering the positive impacts it brought in many homes and the country as a whole.

Speaking to The Spectator, he said, some of his colleagues died as paupers because there was no assistance from anywhere.

For him, in their days, the movie industry was not rewarding in monetary terms, and it was against that backdrop, those in the helm of affairs must care about their plight in old age.

He said it was unfortunate that when they are in need, they were left to their fate, adding that the worst of the maltreatment was that they were always denied movie roles to fend for themselves.

“Don’t wait for me to die, before you pay glowing tribute to me for my wonderful contribution, your tribute will be meaningless because it will not bring me back to life,” he said.

He also enunciated that instead of producers using veterans to play certain roles, they rather gave young actors to play those roles, adding that all of these made life difficult for them.

Kowhe said he had discussed the phenomenon with many industry top-brass, but to no avail.

He said though he was growing older, he was ready for movie roles, adding that he had started featuring in the “Kaneshie Odorkor” series.