Country Yutes’ — the debut album by Olympian-turned-producer Usain Bolt, done in conjunction with his long-time friend Nugent “NJ” Walker — took over the number one spot on the USA iTunes Reggae Albums chart on Sunday.

The 14-track set, removed Bob Marley and The Wailers’ Legend from the pole position.

Bolt said he was elated about the early success of the project, released last Friday.

“Any association with the legendary Bob Marley is a significant blessing to us. It’s a truly humbling feeling for us,” Bolt told the Jamaica Observer.

Country Yutes was released on the A-Team Lifestyle Records/United Masters label. It features collaborations such as Say Less (with Ricardo “Bibi” Gardner and Kamal), Need Your Love (with Jae XO), and the chart-topping It’s a Party (featuring NJ).

Bolt and Walker have shared a friendship since their childhood in Sherwood Content, Trelawny.

Bolt explained the meaning of the album’s title.

“Being from the rural area of Jamaica which most people call ‘country’. We always just owned that name and we felt that we needed to represent. So, it was the perfect title for us,” Bolt shared. 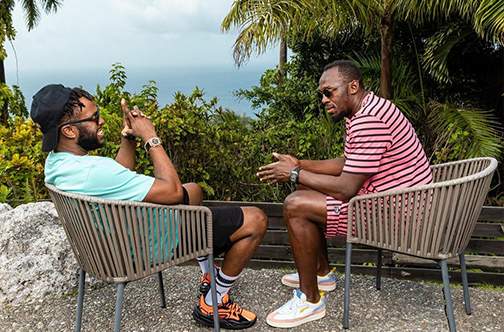 Prior to the release of Country Yutes, Bolt released three rhythm projects — Olympe Rose, Immortal and Clockwork. He is quite upbeat about the response to Country Yutes.

“The response to the project has been brilliant. We are humbled by the response of the fans because we worked very hard in studying the craft and just felt we would show our growth in music by putting out this album,” Bolt said.