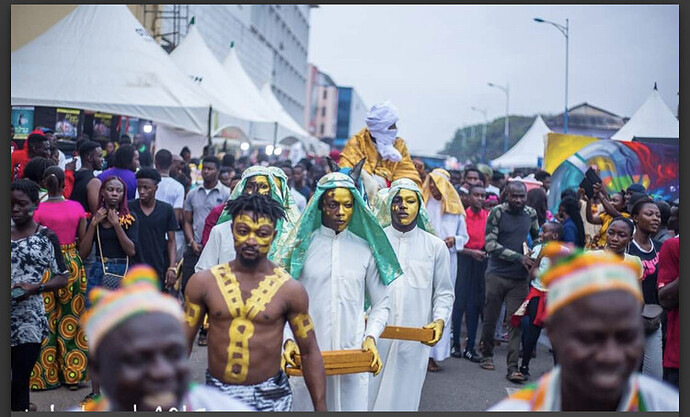 Two organizers of ‘Chale Wote’, the popular annual street art festival held at Jamestown in Accra, have been arrested by the Accra Central Police.

One of the artists for this year’s virtual event was also arrested.

The arrest took place on the evening of Saturday, August 21, 2021, outside the Ussher Fort at Jamestown, whiles the virtual event was taking place inside the fort.

Attempts by to speak to the Police have so far not been successful.

Nicholas Tetteh Wayo, one of the artists billed for the event who spoke to to the media said the police officers who carried out the arrest outside the Usher fort, caused damage to some machines, and scattered items arranged by food vendors who were getting ready to cash in on the event. 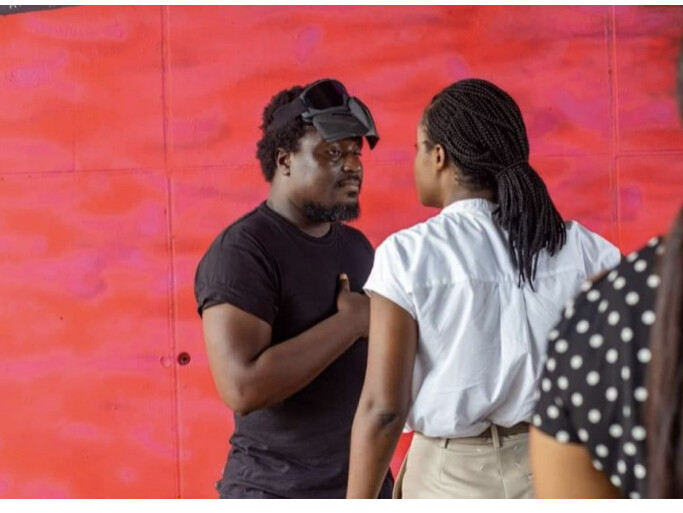 image683×513 75.9 KB
Mantse Ayikwei in black, is the brain behind the Chale Wote festival.

He said the police did not explain the reason for the arrest of the three persons who are being kept at the Accra Police station.

According to him, the police officers appear to be acting on some orders from a political figure.

“I was inside the Ussher Fort, and then one of the guys rushed in to inform me that the police were arresting some people outside, and by the time I got outside, they had already gone to the Police station, so we were at the police station to do everything we could, but they’re still keeping the three people.”

“It seems they [The Police] are receiving orders from somewhere; from the Mayor, I think. This is something we do every year, and it brings a lot of benefits to the nation and especially the people of Jamestown. People make some small money from it, but it seems now they’re preventing the people from making some money without any reason. The police carried out some breakages; some guys were doing performances, and food vendors were trying to sell, and they destroyed everything.”

“Three people were arrested. They are Mantse Ayikwei, Nii Ayitei, and then Kwaku Ananse, who’s one of the artists. They’re currently at the Central police station.

On August 13, 2021, the Accra Metropolitan Assembly (AMA), announced that the 2021 edition of ‘Chale Wote’ will be a [virtual event]2021-chale-wote-will-be-a-virtual-event-AMAdue to the upsurge in COVID-19 cases.

This year’s event started on Friday, 13th August, and is expected to end on Sunday 22nd August 2021.

It is, however, unclear whether the arrest of the two organisers and the artist is in any way linked to the breach of COVID-19 protocols, since a virtual event will still require a venue that will stream the event live.

Nicholas Tetteh Wayo told the media that he does not believe the arrest has anything to do with COVID-19 safety protocols, alleging that something fishy is going on.

“There were a lot of people around when the arrest happened. You know, people enjoy coming to this festival; it’s fun. It was supposed to be virtual, but people want to come around, and they were coming. We were doing things inside the Ussher Fort, and not everyone got in, but some people were around doing some performances just to have fun”.

‘Chale Wote’ Street Art Festival is a Ghanaian-originated platform that brings together art, music, dance, and performance unto the streets.

This year’s edition of the festival marks ten (10) years of its existence since it was first launched
in 2011 to promote the appreciation of diverse forms of art in Ghana.

Ghana Police Service and hypocrisy di3 not not: they claim the organisers are violating public order act by organising a mini and virtual ‘chalewote’ festival. The covid protocols are fully observed cos there’s only an exhibition of arts and products.

Why arrest these people for doing no harm?