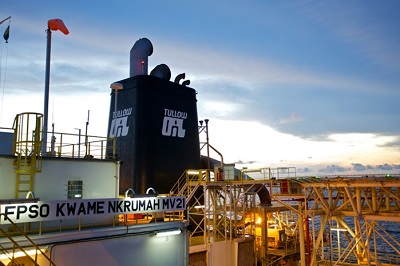 The Tullow Group is projecting a half-year revenue of $0.7 billion with a realised oil price of $58 per barrel, including a hedge cost of $50 million.

It said as of June 30, 2021, Tullow’s hedge portfolio provides downside protection for 51 per cent of forecast production entitlements through to May 2023 and 29 per cent for a further 12 months to May 2024.

“Since completion of the comprehensive debt refinancing in May, new hedges have been placed with $55 per barrel floors and weighted average sold calls of $70 per barrel,” it said.

Tullow Group said on May 17, 2021, Tullow completed a comprehensive refinancing of its debt, successfully issuing $1.8 billion of Senior Secured Notes with five-year maturity and also entered into a new $500 million Super Senior Revolving Credit Facility, which would primarily be used for working capital purposes.

“Tullow completed the sales of its Equatorial Guinea assets and the Dussafu Marin permit in Gabon to Panoro in March and June respectively, receiving $133 million.

These transactions also include further contingent cash payments of up to $40 million linked to asset performance and oil price,” it said.

Following the completion of Tullow’s comprehensive refinancing and as part of the preparation of statutory accounts, it said the Group had completed a reassessment of its going concern status.

“As a result, Tullow expects to prepare its financial statements for the six months ending June 30, 2021 on a going concern basis with no material uncertainty,” it said

On the full year guidance, Tullow said Group capital expenditure was expected to be $250 million (previously $265 million), reflecting the reduction in capex following the sales of the Equatorial Guinea assets and the Dussafu Marin permit in Gabon, offset in part by the acceleration of the Simba expansion development in Gabon.

Particularly on Ghana’s operational performance, Tullow said in the period under review, Jubilee gross production was slightly ahead of expectations, averaging 70,600 barrel of oil per day (bopd) (net 25,100 bopd).