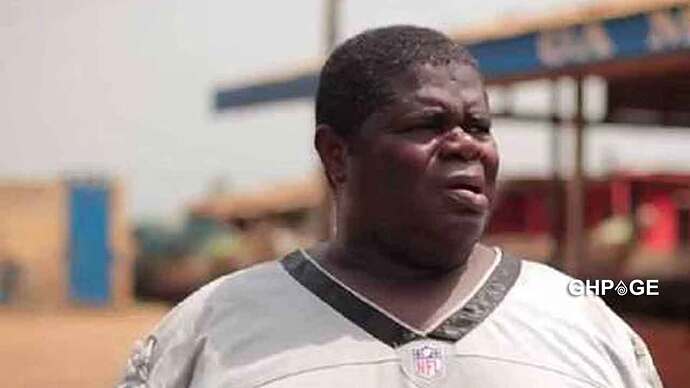 image1280×720 28 KB
Veteran Actor Psalm Adjetefio aka TT who was recently in the news after he pleaded with the public for financial assistance to pay his rent is in debt again.In the wake of his plea, some well-meaning Ghanaians including Vice President Dr Bawumiah came to his aid to foot the bill, giving him extra money for upkeep.

A joyful TT on several platforms expressed his heartfelt appreciation to the donors explaining that their donations will go a long way to help him settle all debts.

Fast forward into days after the sympathetic gesture, Power Distribution Company, ECG has started bombarding the actor with electricity bills.

The Electricity Company of Ghana-ECG initially brought a bill of GHc4000 which according to them the actor has been owing for a long time, he paid.

Having enough money on him after the huge donations, he paid another bill of Ghc2100 presented to him by the power company.

Thinking that was the last bill, Psalm Adjeteyfio has once again been slapped with a different (the real) bill from the ECG.

Confirming this new development in an interview with Citi News, the one-time popular actor revealed the Electricity Company says he owes an amount of Ghc 8000.

He wondered why the company has now been bombarding him with huge bills when he doesn’t use power-consuming electrical appliances.

He is surprised at Electricity Company of Ghana to the expanse that they are bringing all these bills after his contributions came.

In the interview, he expressed that his major headache now is how to settle the GHC 8,000 bill that was recently brought.Ghanaians expect that after the many contributions Psalm Adjeteyfio received, he would not complain about being indebted again but that’s not the case now. He pleads for another assistance.