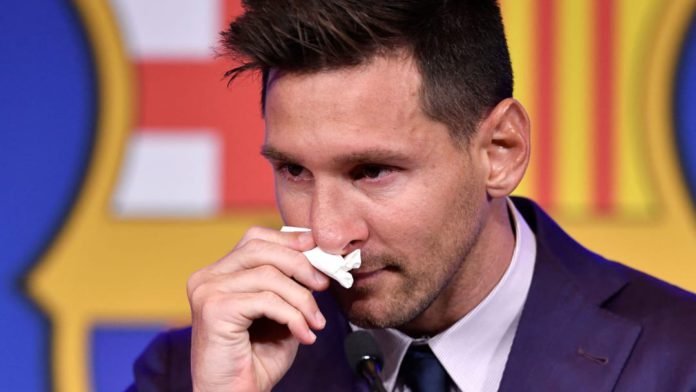 The tissue that Lionel Messi used to wipe off his tears during his emotional farewell speech at FC Barcelona is said to be on sale for an eye-watering $1 million.

Messi’s transfer from FC Barcelona to Paris Saint-Germain (PSG) this summer caused shockwaves in the footballing fraternity across the world.

During his farewell speech, when Messi couldn’t hold back his tears while expressing his feelings on leaving the club, his wife Antonella gave him a tissue paper to wipe them off.

According to Complete Sports, a man, who was sitted at the front row of the same press conference, managed to scoop up the discarded tissue paper.

The person auctioning the tissue on Meikeduo, quoted by Rojakdaily, hilariously claimed that the tissue contained Messi’s genetic material that would allow you to clone a football player like him. 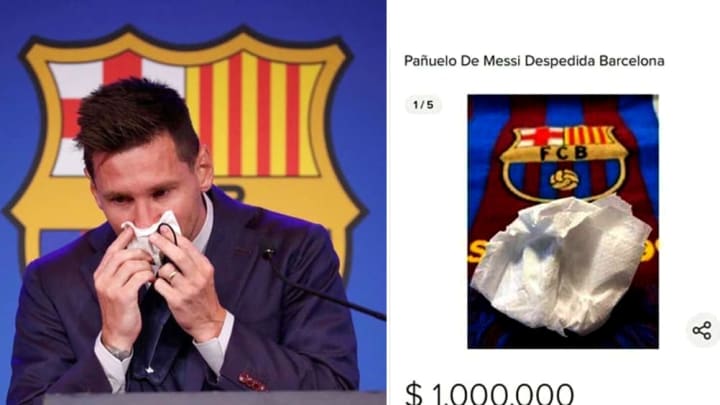 Meanwhile, PSG have already ended up selling as many as a million Lionel Messi jerseys in their stores and online, in just a week since the Argentine maestro signed up for the club.

Each Messi shirt is priced in the range between €115 to € 165, and if the prices are to be counted than the Argentinian’s jerseys have meant that PSG have already earned $100,000,000 in just three days. Credit: 90min.com

Obviously, I believe the tissue will be bought in no time. Who wouldn’t like to play like Leo?