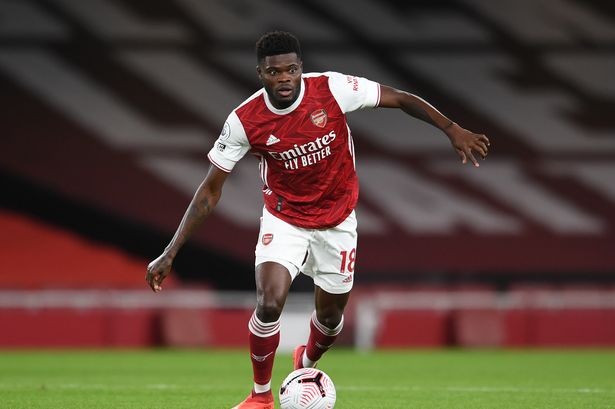 After a month on the sidelines due to an ankle injury, Thomas Partey made a return to action as Arsenal secured their first points of the Premier League season with victory over Norwich City.

The midfielder appeared as a second-half substitute in the 1-0 win at the Emirates Stadium, much to the delight of under-fire manager Mikel Arteta.

Arteta was under mounting scrutiny after a miserable start to the campaign with three defeats that left the Gunners at the foot of the table, so a win that was workmanlike rather than spectacular will be gratefully received.

Pierre-Emerick Aubameyang was back on target to set Arsenal on their way after 66 minutes, with a finish from almost on the goal-line after Canaries’ keeper Tim Krul turned Nicolas Pepe’s shot on to the post and the same player then struck the woodwork again.

Arsenal had an anxious moment as referee Michael Oliver conducted a VAR check for offside before the Emirates Stadium celebrate with a mixture of elation and relief.

Breaking news , Arsenal has won a match and probably going to win some trophies this season. It’s not easy for some of us here oo, hmm investment always going bad

but to be honest Arsenal is a wrong move for Partey

Yeah I agree, he (Partey)made a wrong move. Every game, he gets an injury and that even affects him in the National team:the black stars. I think he should move and join Barca

Some players just want to claim their names with wrong moves

I was always against Partey joining Arsenal from day 1. The team has no hope