I feel happy for the score, considering Switzerlands sqad… but wait, they really put the Ghana flag on the floor!!! Wow! 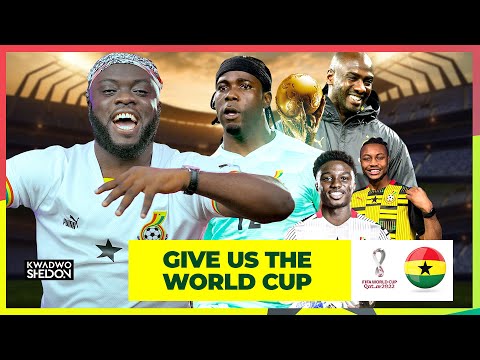 I feel happy for the score, considering Switzerlands sqad

Even Belgium lost to Egypt yesterday. Did you see Belgium’s squad? One of the deadliest in this tournament. Like I’ve been saying, this friendlies meant nothing to the big dogs. 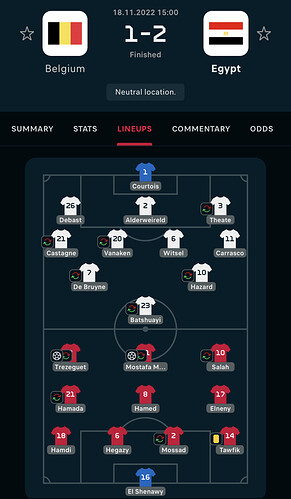 Let’s keep our heads down and put in the work so we could pass group stage at least!

Lol. If friendlies mean nothing to them, then what’s the point? They use friendlies to prepare, so if they fool around during prep, what are they going to show on D day? Makes no sense, they played their best, also remember, even if players fool around friendlies, they risk getting included in the starting 11. So this your theory that the “big dogs” don’t take this serious doesn’t hold water in my opinion.

And look at the Belgian squad, they played Hazard, Courtouis, De Bruyne and you’re telling me they didn’t take this serious… this man paa

So this your theory that the “big dogs” don’t take this serious doesn’t hold water in my opinion.

I would be a fool to push hard in a friendly game and miss my shot in playing an important tournament as the World Cup.

Just look at the likes of Sadio Mane, Karim Benzema, Christopher Nkuku etc who would miss the World Cup because of some last minute injuries.

And look at the Belgian squad, they played Hazard, Courtouis, De Bruyne

Please Egypt did not qualify for the World Cup wai. You and I know those with nothing to lose are dangerous

I have a good feeling for this world cup. Iñaki Williams bε sεε hɔ !! We go reach knock out stages. Have faith!!!

Reaching the knockout stages is realistic, I support that, winning it is not… I can believe that, but I won’t

Reaching the knockout stages is realistic

You seriously think we can reach KnockOut stage? Not when we are in the same group with Uruguay and Portugal. Lmao

Anything can happen in football

See how Argentina chopped 2 goals from Saudi Arabia. As long as Ghana defends well, we will always have a chance in any game.

Germany blew my mind. With all that squad and they also got defeated by Japan, I don’t know what to think anymore

This world cup is very unusual, from the location to the scores to the scandals and drama.

I won’t be surprised though. It’s very possible

… the same countries that won it will win this one too, they just cycle the trophy among themselves.

Lol, they tried really hard. I’m not even mad. They did well in my opinion except I didn’t like the formation.

Chale we got robbed.