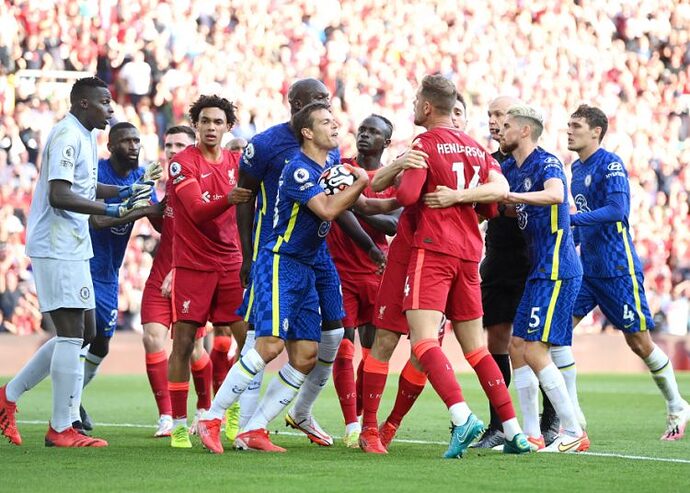 Liverpool were unable to break down ten-man Chelsea who fought to secure a 1-1 draw at Anfield on Saturday.

Reece James was sent off at the end of the first half for a dramatic handball on the goal line and the Reds scored the resulting penalty, but could not find a winner.

Next, Jordan Henderson failed to convert an inviting volley on the end of a stunning ball by Trent Alexander-Arnold.

And the Reds were punished for these misses on 22 minutes.

Chelsea earned a corner which James flicked in towards the near post.

In a seemingly pre-planned routine, Kai Havertz sprinted to the ball and lofted a beautiful header over Alisson and into the far corner. 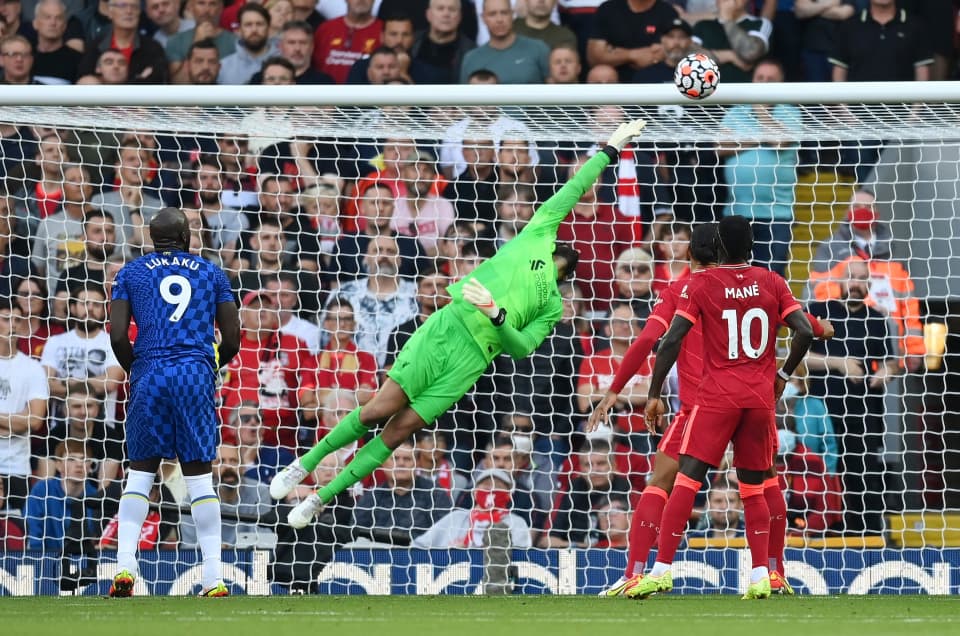 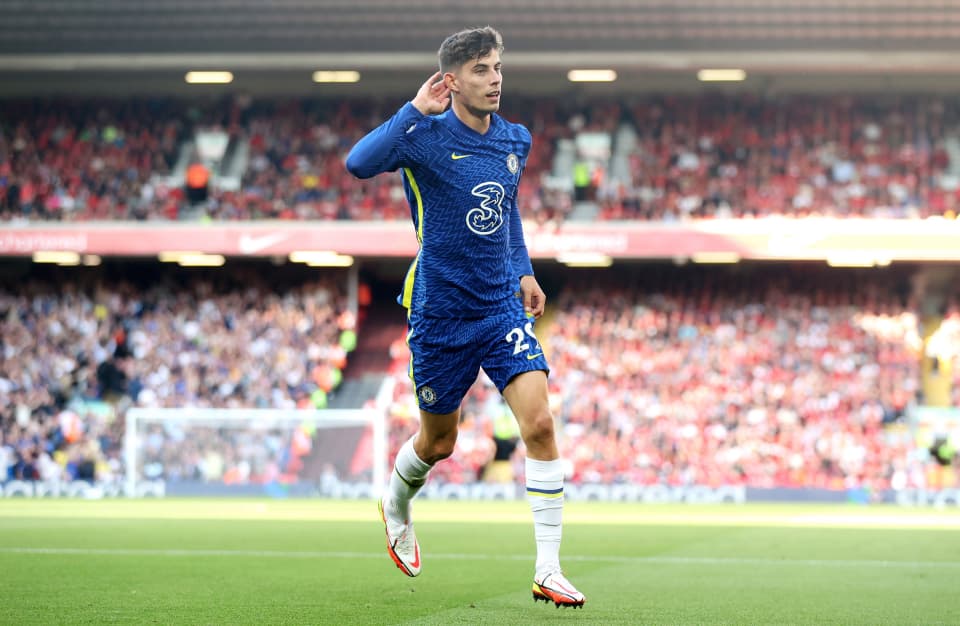 The goal proved to be a turning point in momentum as the Blues seized control of the game.

In added time though, a corner from Andy Robertson caused havoc at the other end, with Joel Matip seeing a header come back off the bar before Reece James blocked Sadio Mane and substitute Diogo Jota on the line.

Liverpool screamed for a penalty claiming handball against James and Anthony Taylor was advised by VAR to check the monitor. 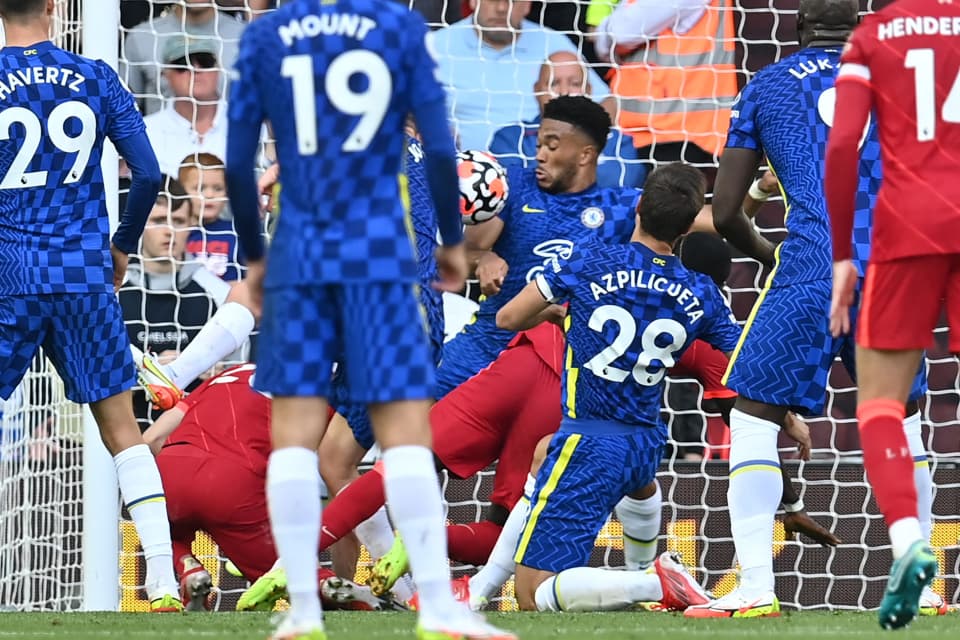 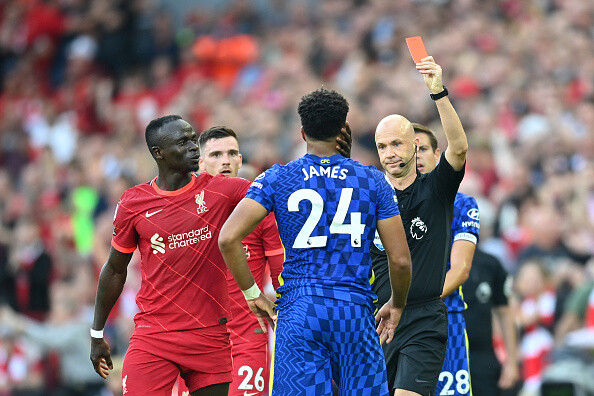 The referee saw a replay and pointed to the spot, as well as sending off the defender.

Chelsea players fumed and Antonio Rudiger decided to take things into his own hands.

Mo Salah kept his composure to slam home the penalty regardless, making it 1-1. 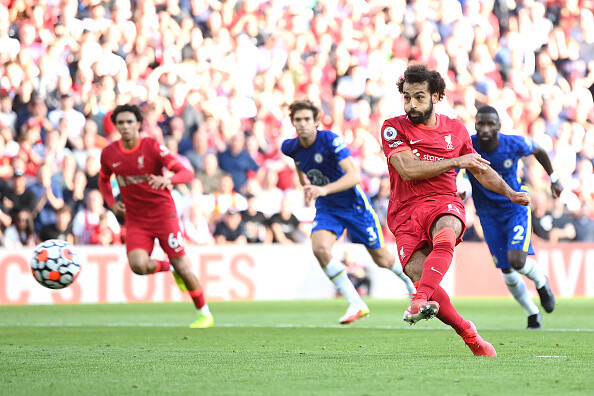 Robertson ran over to Rudiger after Salah scored and appeared to rub this in.

The Chelsea players continued their complaints after the half-time whistle blew, but, of course, this was all to no avail.

At the start of the second period, Liverpool laid siege to the Chelsea goal.

Virgil Van Dijk, Robertson and Salah all had shots saved by Edouard Mendy who stood firm in goal.

As the half progress however, the Blues nullified the Reds’ attack and held out for a 1-1 draw. 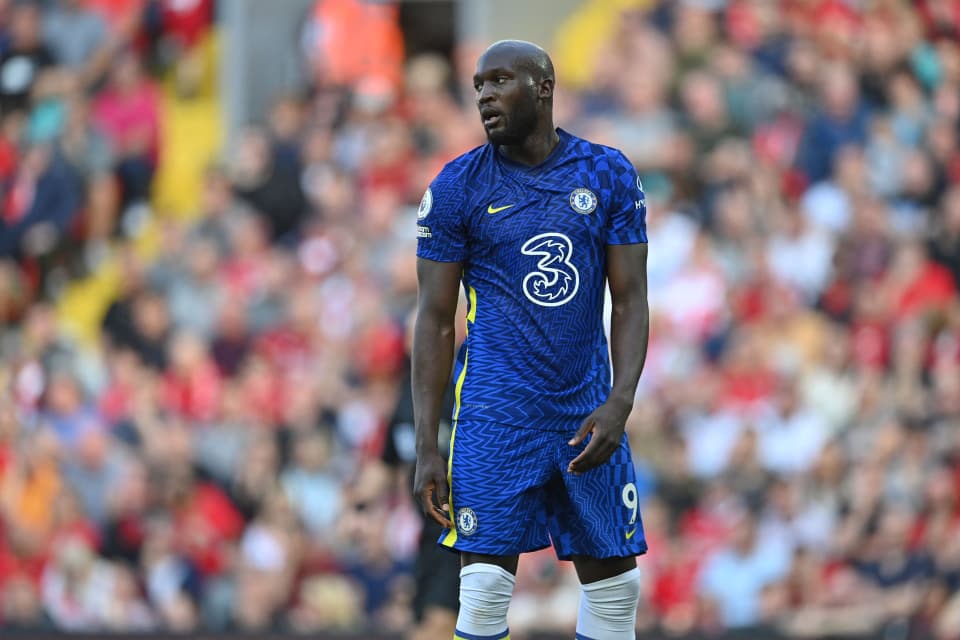 With all said and done, Chelsea were happy with a point

I think Chelsea is the strong team in England currently