'Stop Calling Me A Legend, I Haven't Attained That Status Yet- Kofi Kinaata To Fans

Multiple awark winning highlife artiste Kofi Kinaata has emphasized that he hasn’t gotten to the point where he can be called a ‘Legend. The ’ Things Fall Apart’ hitmaker, who has won the VGMA Songwriter of the year award four consecutive times, said he still needs to put much work into his craft.

I don’t think I deserve to be called a’Legend for now because there are greater things ahead that I need to accomplish. There are a lot of things I need to do, but personally, I don’t think I have gotten to legendary status, besides, you can’t put that title of a legend on yourself, Kofi Kinaata said in an interview with Kastle FM.

Though some people call me legend, it’s the fans who you usually use such words to show thire support, but I’m not up to that level for now," he added.

Aside from growing a very good brand for himself, the Fante repper has also taken the Highlife genre storm. 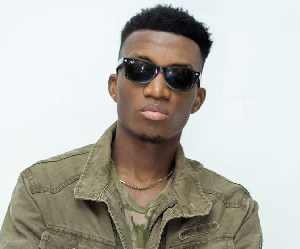