Sputnik V vaccine: Who is the ‘godfather’ you are trying to protect? – Pratt quizzes Health Minister 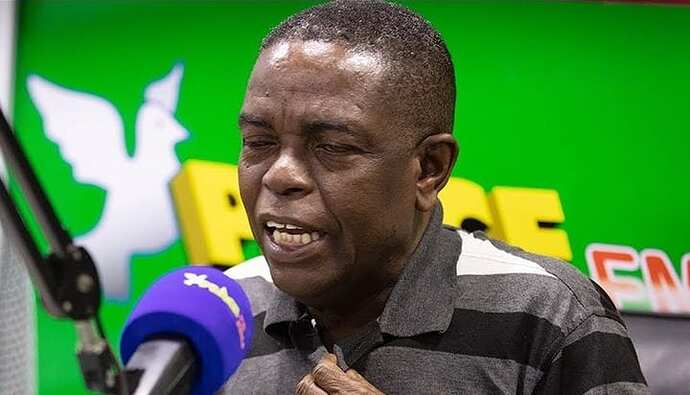 According to the Pratt, the multiple falsehoods being peddled by government officials suggests there is a ‘godfather’ behind the scenes who is being protected.

Speaking on Good Morning Ghana show on Metro TV, Pratt said that he has reasons to believe that the Health and Information Ministers are taking the fall for someone who in a higher capacity.

“Some of the things which the Minister is being held responsible for now were actually put out by the Ministry of Information, which is the official mouthpiece of the government. They knew they were lying. Who were they trying to save? There must be some godfather somewhere that everyone wants to save.

Kwesi Pratt’s comment is on the back of some statements made by Health Minister Kwaku Agyeman Manu before the bi-partisan committee probing the initial purchase of the Russian-made jabs.

Agyeman Manu admitted before the committee that due process was not followed in striking the deal with the Sheikh Al-Makhtoum for the supply of Sputnik V vaccines.

“I was in a desperate and helpless situation with the management of the Covid numbers. In February, we had 78 deaths; by March, we had 56 deaths, and these were the numbers that pushed me to act,” he said.

“I had plans to come to seek approval from the House after I have signed the contract. But [due to] my frustrations to try to get vaccines for us at the heat of the second wave, I relied on the Executive Instrument 61 passed by Parliament and hid behind emergency clauses that have been invoked to do that.

“And I came to Parliament and informed the House that this is what I had done and, therefore, I need regularisation and approval…” he said.

Of course there’s something or someone the minister of health is protecting and hiding from the whole fracas I’m the anormaly in procurement of the vaccine. We don’t know where the money is gone to. He is hidding something

You don’t have to say it twice, I don’t think The Godfather is one person, they protecting a whole lot of people behind the scandal, the government is handling funds inappropriately. And they are not giving us the real answers behind the use of the funds