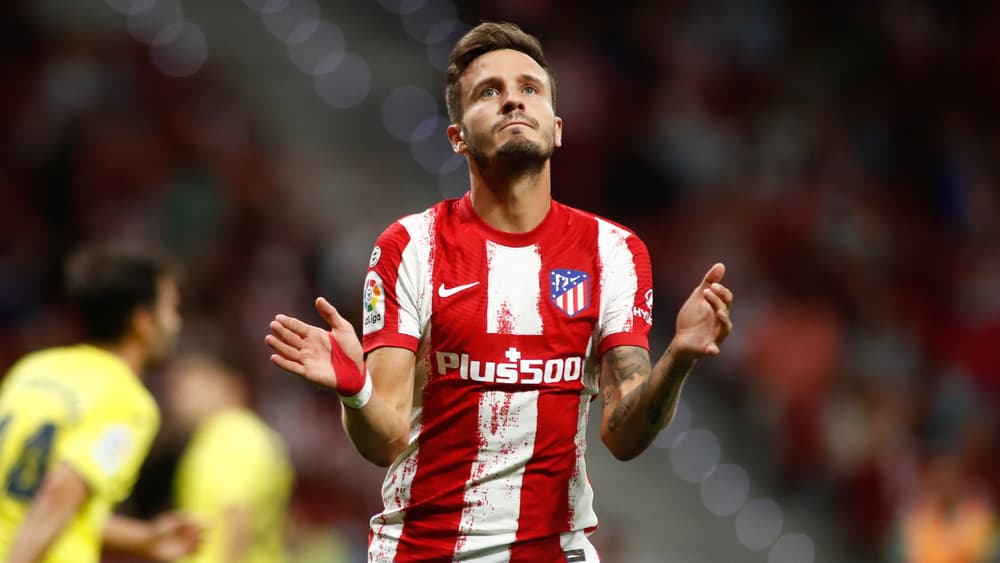 Saul, who was a key part of Atletico’s LaLiga-winning side last season, has been heavily linked with Champions League holders Chelsea and Premier League giants Manchester United.

Atletico midfielder Saul was a 70th-minute substitute in Sunday’s last-gasp 2-2 draw at home to Villarreal and Simeone was asked about his future amid further speculation.

“He knows my view already,” Simeone said. "We talked and I told him what I think and feel. There’s not much else.

“Between now and Tuesday we’ll see. We are open in the knowledge that anything can happen in football.”

Suarez is due to fly out to South America for Uruguay’s 2022 CONMEBOL World Cup qualifiers against Peru, Bolivia and Ecuador over the next fortnight.

“Luis Suarez ended the game with severe pain in the back of his left leg,” Atletico said post-game. “He will undergo tests in the coming hours to determine the extent of the discomfort.”

Atletico needed a fortunate 95th-minute Aissa Mandi own goal to rescue a point, despite dominating proceedings with Villarreal scoring from their only two shots for the game.

Simeone’s Atletico came from behind twice, with Suarez levelling up after Manu Trigueros’ 52nd-minute opener, before Arnaut Danjuma restored Villarreal’s lead with quarter of an hour to play.

Atletico have not lost any of their 17 La Liga games where Suarez scored (W14, D3).

“That’s the joy of not losing a match that was heading in that direction,” Simeone said. “It was an injustice, but this game can be like that. It was our best game so far.”