Should a woman sponsor her marriage rites? 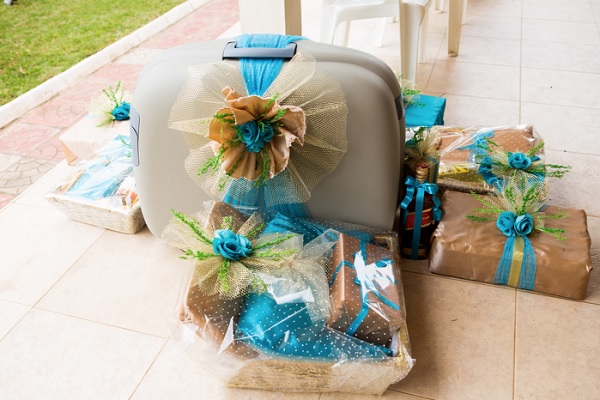 The greatest emotional need of a man is what he achieves in his career but for some women, it is the quality and security in their marriage.

Some Ghanaian women are, therefore, obsessed about marriage and, especially, weddings.

Each day, each moment, most single women dream of their wedding – the dress, make up, exchange of vows, photographs and reception.

Unfortunately, the obsession about marriage is compounded by the mindset of most Ghanaians that the only honour of a woman is marriage.

Single adults, no matter how much they have achieved, do not get maximum respect.

Most Ghanaian women will, therefore, do all they can to get married.

Some are known to have bought cars, air tickets and even houses for men in exchange for marriage and some get duped in the end.

A couple of years ago, a man was arrested for duping 13 women.

His strategy was to cash in on the greatest emotional need of a woman.

He simply promised to wed them.

Some weeks later, he would go to each of them with up to date preparations and the bill for the wedding.

Each of the women paid up in full!

Today, some Ghanaian women would readily pay for the bride price and other costs just to be married.

No, it is not right
In marriage, it is the man who goes in for the hand of the woman.

In the Ghanaian tradition, the heart of marriage is the payment of the ‘tri nsa’ or “head rum” by the man.

A man must pay for this himself to take the pride that he has married the woman.

Love costs, and paying the bride price is part of the price you pay for a woman you love.

A man who cannot pay ‘tri nsa‘ is really not a man who is ready to marry.

Allowing your woman to do what you are expected to do is simply surrendering your authority to the woman.

The one who pays the bills runs the show and threatens your self-esteem.

Such a ceremony in the spirit of tradition lacks merit.

A woman must also take pride in her womanhood and self-esteem.

If you pay for what a man is expected to pay, you simply tell the man you are being ignored on the shelf and have, therefore, put yourself up for ‘donkomi’ or‘ reduction sale’.

In many cases, that come to me, one sad thing that cuts across is that in the event of conflicts, the man is quick to say that the marriage was not his idea in the first place, but it was the woman who forced it on him.

This hurts a woman’s pride.

Yes, it is right
Love is not about money. It is about sharing a life.

Once you marry, you become one flesh and it does not matter who paid for what.

If your man is poor and cannot pay for your bride price and you can afford it, pay for him and get the man of your dreams.

Many women have met men of their dreams who are poor.

These women virtually pick men from the street, support and transform them into confident and successful men.

Some of these men are always grateful to their wives and keep loving them.

Unfortunately, many men, after making it through the support of their women, now suddenly realise that their wives are uneducated, old and not beautiful and, therefore, not their taste.

They ignore their wives for adventure and risky lifestyles.

It can be a painful pay-back for a woman’s sacrifice.

Any compromise?
Marriage is a team game that requires the combined effort of both partners.

Both must, therefore, contribute to the marriage ceremony.

Today, it is common for the woman to buy her suitcases, clothes and sponsor the reception while the man takes care of the rest including the ‘tri nsa’ or the bride price because it has spiritual significance that a woman is given to you to share your life for life.

Such a cooperative attitude helps you to fight economic battles in your marriage.

It is, therefore, a good idea for a woman to support her man at all stages of the relationship.

What a woman must not do is buy her way through her marriage because what money buys, money can destroy.

Keep a good balance in your relationship and marriage.

Not at all bro @Kwame_Kradi. This is Ghana and the tradition of paying the bride price and performing marriage rites as a groom is one of our uniqueness. It’s in this modern times that some women pay part of the rites money. There is nothing wrong if the woman is working and stable and decides to pay part or all the money though, after all it’s her own wedding.

Why @Curl_Buns , what’s wrong with women sponsoring their own marriage rights? If you claim to love someone genuinely and wish to spend the rest of your life with him; why don’t you play your financial role in making it work? For me, my girlfriend will sponsor 70% of the marriage process.

Haha, interesting comment. @Kusie_Maame_Twe I like the energy. Well, I won’t ask but if she decides to why not. That one is saf, maybe it will be no

@Curl_Buns I think we should look at this topic from a more humane angle. If the lady has the means to support, why not? After all, we going into marriage to help each other. Like @Kusie_Maame_Twe said, if truly love someone and wish to spend the rest of your life them, there’s nothing wrong traditionally or religiously with paying your bride price with your man

If she can why not ?

Because of why not if only she get the source

No , it’s a bad ideal. The man will later say the woman begged and pay her pride price to be married. Abuse will set in

Yes that’s my point. A lot of we men find it disrespecting when women do certain things for us. That is why we would rather go in for a woman and train them in school or maybe learn a trade then marry them than going for a career woman or an independent woman. So my brother if you can provide for the wedding do it rather than leaving her to sponsor it, you know women immediately she gets mad at you she will use it against you that you couldn’t even sponsor a simple wedding

A woman fully sponsoring her marriage rites right here in Ghana is somehow not acceptable. The woman can help with one or two things if she is only capable. Some men will later on use it against her when there is misunderstanding between them. Not all men are the same or will use it against her but it isn’t advisable for a woman to sponsor 100% of her marriage rites. In the Western world it’s different as compared here in most of African countries.

It’s not an obligation on the part of the women though but they can support if they got the means to do. Let’s set the record that men are obliged by custom and tradition to perform marriage rites of their wives.

Women are the back bone for men , therefore, should support in little ways

It’s not an obligation on the part of the women though but they can support if they got the means to do. Let’s set the record that men are obliged by custom and tradition to perform marriage rites of their wives.

If the lady is a position to support her man with her marriage rites, why not, she can go ahead

Of course that’s exactly what I’ve been opining , they can willing support if they want but we can’t make it a norm for them.

Anyways, welcome to the Forum and enjoy your stay here @danielamissah

A warm welcome to you @KhodedBoss2 . I hope you enjoy your stay here

Thank you. And it’s nice meeting you guys here

The man is supposed to pay it since: