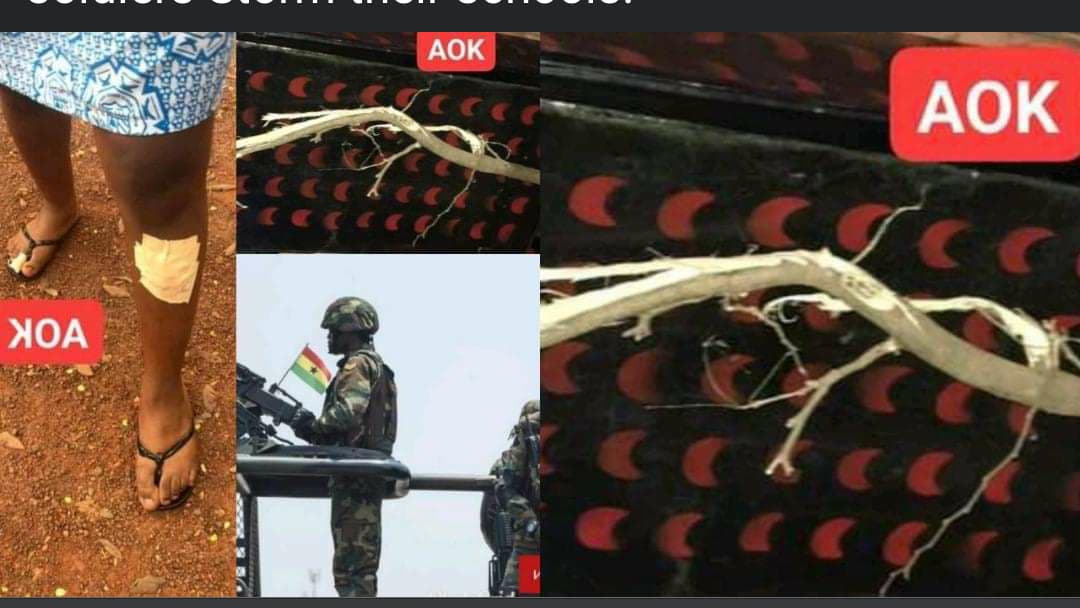 The Ashanti Region is in the news again after the Ejura military and police shooting. Just As Ghanaians are trying to forget about the entire brouhaha that claimed two lives, another incident has happened but this time around, in a Senior High School.

The campuses of the Kumasi Girls and St Luis Senior High School in the Ashanti Region of Ghana are currently under heavy security presence. Information indicates that both the Police and the Military were deployed in the school to ensure calm returns.

This was after some students went on a rampage and started destroying properties belonging to the school and some resident staff. The genesis of the matter is that the student had been informed of their mid-term

They had packed all their belongings and called their parents to inform them about the holidays. They were ready to leave their campuses when their administrators paraded them and informed

Due to the rising numbers of Coronavirus in the Ashanti Region, the school authorities with a directive from the superiors asked the students to go back to their various dormitories.

The decision angered some of the students who went berserk and started vandalizing the properties of the school. The situation was getting out of hand and the Ashanti Region Security Council had to intervene.

Reports indicate that some police and military officers were quickly deployed to the two schools to ensure calm is restored. Some of the students have sustained various degrees of injuries and are accusing the security of brutalizing them.

Hmm this days , there are no kids oo. Everyone knows their right.

The students could have exercise some restrain and talk to the management of the school on the way forward rather than this hooliganism. But what was the military doing in a female school, to restore calm? Where’s the police service?