After hosts Cameroon narrowly missed out on reaching the final of the African Cup of Nations on home soil, the showpiece occasion was contested between Senegal and Egypt, with the match decided by a penalty shootout and with Senegal winning 4-2. 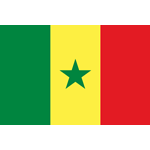 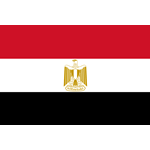 The match itself was one of a lack of quality, although there was a chance for Senegal to take an early lead when Sadio Mane was given a penalty kick after just four minutes of play. A clumsy challenge against the onrushing Saliou Ciss handed the Liverpool forward the aforementioned chance, yet he was the victim of mind games, as club teammate Mohamed Salah appeared to tell his goalkeeper just where the forward would place his kick.

Senegal were the better team throughout normal time, creating numerous chances through Ismaila Sarr and Mane, however every single cross beyond the face of Egypt’s goal somehow managed to evade every single green shirt.

Salah was surprisingly quiet, bar the occasional forward run into the corner with the ball.

It was Chelsea’s Edouard Mendy who perhaps made the biggest save of the night. With Senegal having tired going into the latter stages of extra time, the Senegalese stopper palmed a well-directed header around the left-hand post, keeping the scores level.

Egypt gained in energy as extra time wore on, undoubtedly due to their overly cautious style under Carlos Queiroz, but they couldn’t find the back of the net.

Zizo almost won it for Egypt in the 117th minute of play, collecting the ball inside the penalty area before firing a powerful shot towards the roof of the net, yet Mendy made an acrobatic save to tip the ball over the crossbar.

Drama in the penalty shootout

Thus, the match went to penalties, which you have to imagine was part of Egypt’s plan given their success from the spot throughout the tournament to this point.

The shootout began with both teams scoring their first penalties, yet it was Mohamed Abdelmonem who missed Egypt’s second kick, firing it into the post, thus handing Senegal a 2-1 lead.

However, Bouna Sarr would miss immediately after to prevent Senegal from taking the initiative, with Gabaski making a powerful save diving to his right.

Egypt then handed Mane the opportunity to win the tournament for Senegal when Mohanad Lasheen failed to score from the spot, with Mendy making a smart save.

Despite missing his earlier penalty in normal time, the Liverpool forward showed no nerves, drilling his redemption shot into the right hand corner of the net, securing Senegal’s first ever AFCON triumph.

49’ Gueye’s free kick over the bar