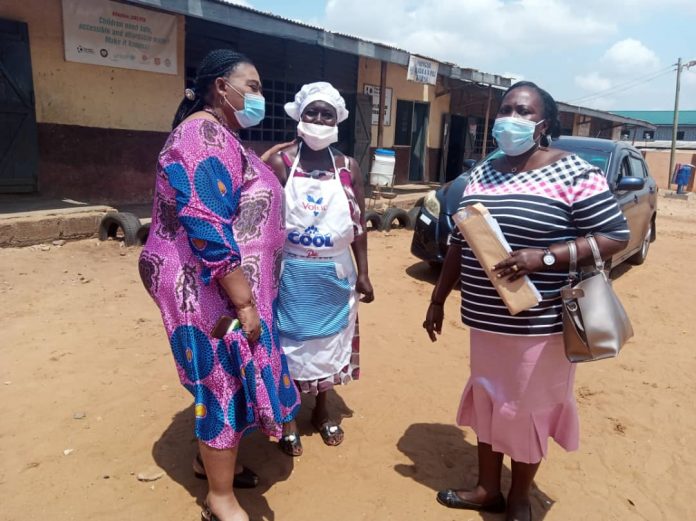 The National Coordinator of the Ghana School Feeding Programme (GSFP), Dr. Mrs. Gertrude Quashigah, has paid an unannounced visit to some public basic schools in the Greater Accra Region to assess the performance of caterers.

Accompanied by the Greater Accra Regional Coordinator of GSFP, Madam Christiana Nkansah, and some staff from the National Secretariat, Mrs. Quashigah interacted with headteachers, caterers, teachers and pupils in the monitored schools on Wednesday.

Some of the schools visited included Nungua Presby Primary “A”; Nungua LEKMA “5 &6” Basic Schools; St. Peter’s Anglican “A & B” Primary and Kindergarten and Krowor Central KG. 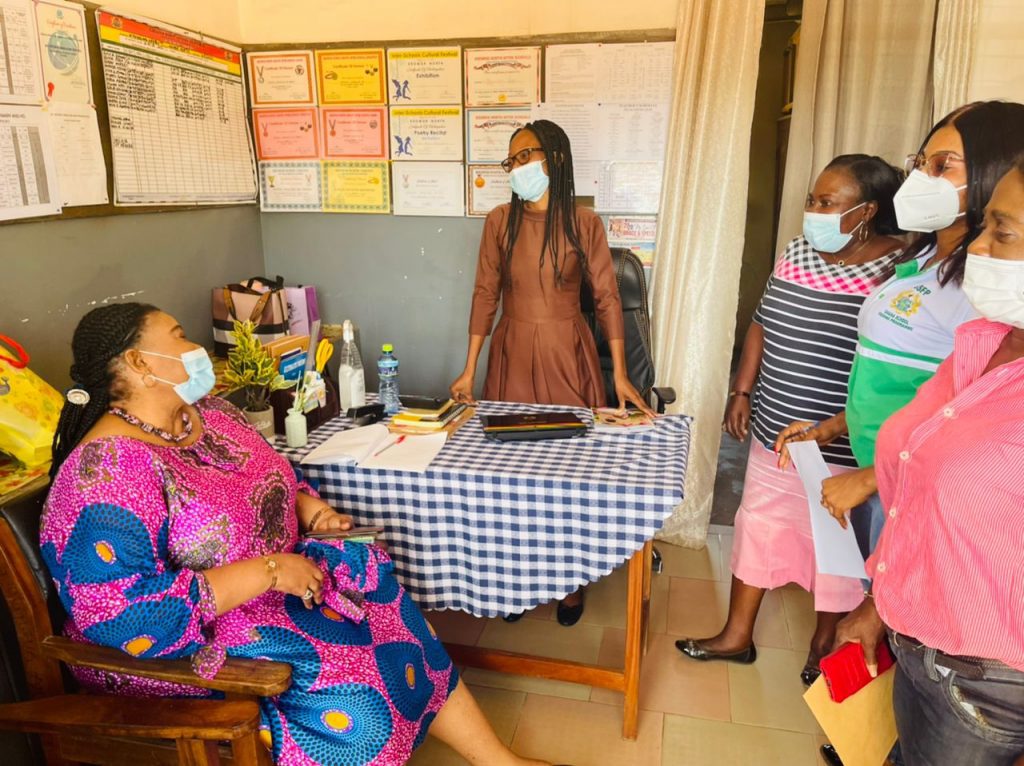 In a brief interaction with the media after the tour, the National Coordinator of the pro-poor programme, was generally impressed with the food prepared by the caterers in the schools visited.

The renowned caterer and nutrition expert joined some of the pupils in their classrooms to have frank conversation with them in a bid to find out their genuine assessment on the school meal and the general performance of the caterers. 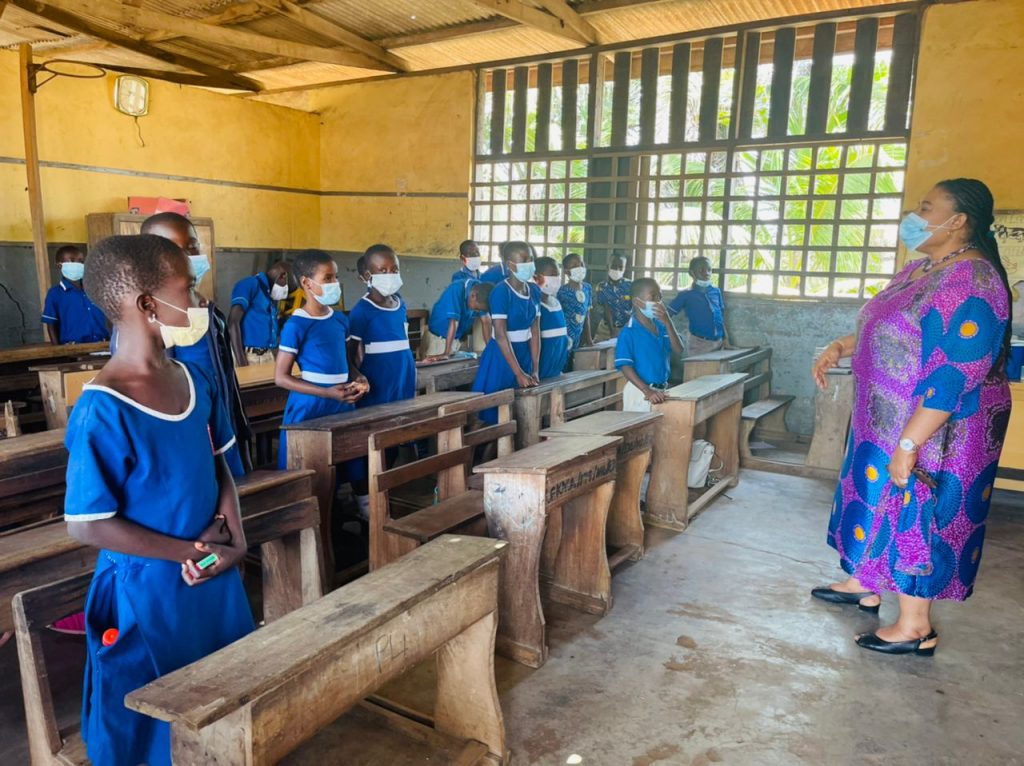 She revealed that her outfit has lined up a number of activities to empower the caterers nationwide.

Mrs. Quashigah noted that the Secretariat would continue to train the caterers and cooks to ensure that food served to the pupils are healthy and nutritious.

She encouraged the caterers to strictly go by the GSFP Handy Measures in order to ensure that the children are served with the right quality and quantity of meal.

“Caterers who fail to go by our handy measures and are feeding the children with poor quality meal would be sanctioned,” she cautioned.

Mrs. Quashigah appealed to metropolitan, municipal and district assemblies (MMDAs) and communities to support the Programme by building kitchens for beneficiary schools.

The caterers, however, raised concern about the feeding grant, which currently stands at GH¢1.00 per child.

In a quick response, the National Coordinator assured the caterers of government’s commitment to increase the grant.

She also commended the government for releasing funds to settle the first term arrears of 2021 academic year.

Some of the headteachers who spoke to the media like Ms Emefa Amoo, the headmistress of St. Peters Anglican A& B Primary, and Mr. Angelis Dzakpasu, the headmaster of Nungua LEKMA “6” Basic School, expressed concern about quantity of food being served to the pupils.

Ms. Amoo also noted that her school is set to introduce what she termed as “Fruits Day” where the children would be provided with fruits at regular intervals. This was applauded by the GSFP National Coordinator who prayed for its early implementation.

Conversely, the headteachers were taken through a newly developed Covid-19 chart, supported by UNICEF to guide caterers, teachers and pupils in observing the protocols.

UNICEF has also engaged a consultant who is assisting GSFP to develop its national and district operation manuals.

Those days we were going to our school simply. Now they are just bringing things to board. If you see the food’s they’ve been giving to the children erhh . Hmmm