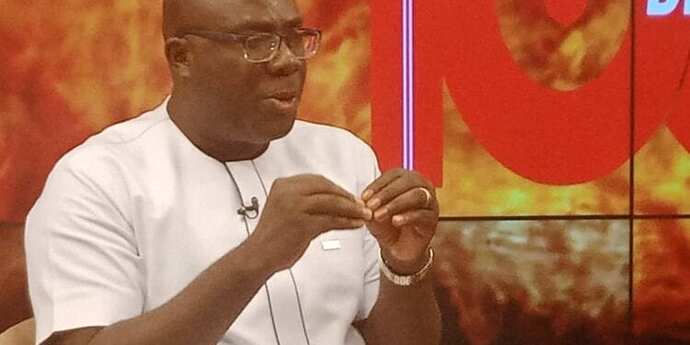 Former Youth Organizer and current National Organizer of the ruling New Patriotic Party (NPP), Sammi Awuku, has been appointed as the new Director General of the National Lottery Authority (NLA).

His appointment has been approved by the Council of State in line with the law governing the appointment of the NLA organizational head.

Until his new appointment, Mr Awuku also served as Board Chairman of the Youth Employment Agency (YEA), a specialized government agency charged with the mandate of coordinating and facilitating employment opportunities for young people in Ghana.

Sammi Awuku is expected to resign from his current position as the National Organizer of the NPP.

Awuku takes over from the former Director General, Kofi Osei Ameyaw, who was directed by President Nana Addo Dankwa Akufo-Addo on the 10th of March 2021, in a letter signed by the Secretary to the President, Nana Bediatuo Asante, to hand over to the Finance Director, Ernest Mortey, after his one-year contract elapsed in February.

The NLA, where Sammi Awuku will be serving, is a public service institution designed to provide an enviable corporate platform that encourages creativity, innovation and best management practices.

The NLA has as its slogan, development through games.

Mr. Awuku would be expected to work with his team to make this a reality.

He will also be responsible for spearheading the vision of the NLA which is to create moments of hope and happiness through exciting lottery games that generate revenue for national development and make all stakeholders ultimate winners.

In essence, once this vision is achieved, the mission of the NLA, which is to become the organization of choice and blueprint for lottery in Africa, will also be attained.

Congrats to Youth organizer of the NPP ; Sammy Awuku. His appointment at the National Lottery Authority must put to am end all the controversies and misunderstanding between the NLA and various lottery operators. The NLA must see structural change at the of Mr. Awuku’s time in office. His appointment shouldn’t be just another job for the boys mantra.