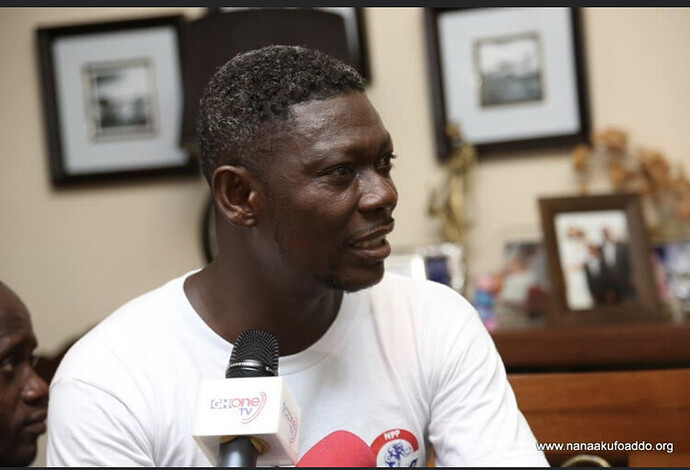 While throwing his opinion into the mix on how parents can fully protect their kids based on the spate of killings that has engulfed some parts of the country recently, Agya Koo has asked parents to take their children to America.

The veteran actor said this on Friday during a radio discussion in Kumasi on Agyenkwa FM.

He said: “Currently, most parents in this country are not comfortable even when their kids go out to play because they fear something might happen to their children. For me, if you are a parent and you have what it takes, send your children to America or other safer countries. The killing and kidnapping is too much in this country”,

Still traumatized over the news, some residents have said in a new development that they’re frightened of eating at chop bars because they are afraid the meat used in the culinary could be human flesh.

The suspect Richard Appiah after a search in his house by the police, was found to be in possession of the bodies of two children, aged 12 and 15.

Pieces of flesh suspected to be human parts were also found stocked in a fridge in his house.

Recall that in an interaction with Luv FM, the mother of Stephen Sarpong, one of the victims, said she believes her son’s death may lead to exposing the suspect’s hidden serial crimes.

“The suspect joined us to search for my son; we never suspected he was the one who had killed him. if it wasn’t for my son’s death; we would never have arrested him because he has killed many people.

“In this room, they found women braziers, school uniforms. Does he sell braziers? So, I believe my son sacrificed his life for this killer to be exposed for the safety of all,” Eunice Yeboah Asuama said.

Run to where for what? Is Agyako saying Ghana cannot manage it’s security or what. Ain’t we ashamed of ourselves that we can’t manage our affairs? How do an ordinary Ghanaian parent have in their momo account to event talk of visa?