image750×362 68.9 KB
Georgina Rodriguez was spotted wearing diamonds worth £78,000 to a show at Venice Film Festival before her partner Cristiano Ronaldo broke the all-time international goals for Portugal, The Sun, Daily Mail.

From her four rings to her necklace as well as earrings all made by Giardini Segreti in total is close to slightly above what Ronaldo will earning daily at Man United.

The 27-year-old is understood to have jewellery worth collection over £2.6million and more will be added on the day Ronaldo decides to finally tie the knot with her sweetheart

A source who was at the exclusive event in Italy which was also attended by fashion editor Anna Dello Russo said: 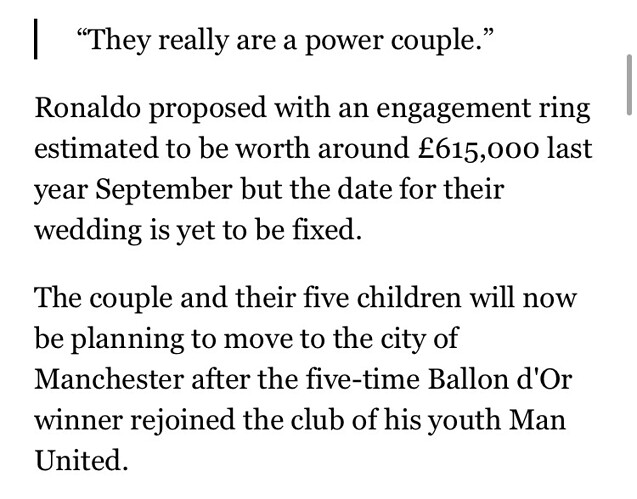 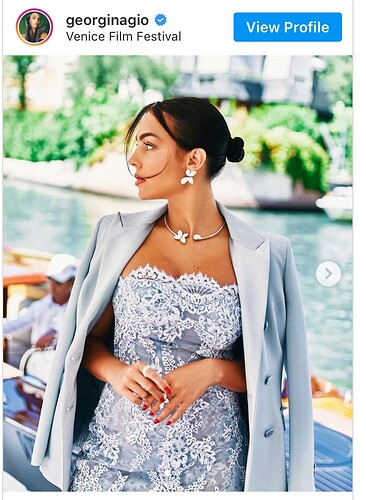 image702×959 87.6 KB
The 36-year-old broke the international goalscoring record after he helped Portugal come back from a goal down to defeat the Republic of Ireland by 2-1 in an entertaining fixture.
2 Likes
kingsleymyself 3 September 2021 12:26 #2

Chale money swine ooo. In my lifetime on earth, I don’t know how much I will earn but look see money on someone’s finger. If I cut those fingers now, I instantly rich . Hmm, ohia y3 forking. The amount is not 460 oo, I checked and it’s a biiiigggg money.