Cristiano Ronaldo’s mother was captured in tears of joy after seeing her son net twice on his second debut for Manchester United. 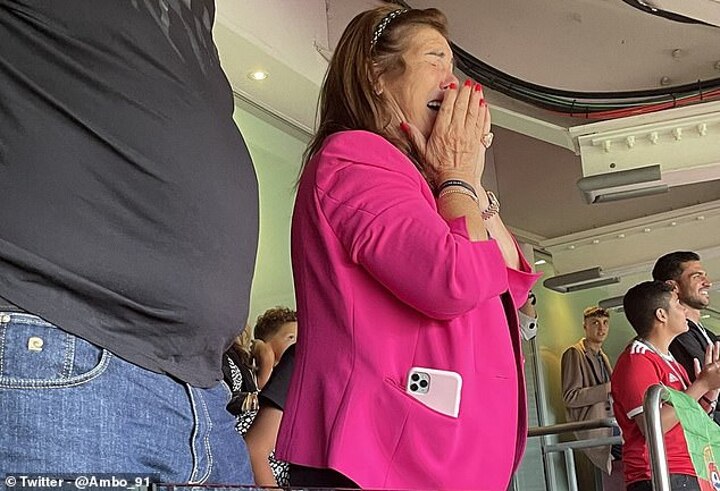 The 36-year-old scored either side of half-time in a 4-1 victory for Ole Gunnar Solskjaer’s men, who made it three wins from four Premier League games this season.

The Portugal international broke the deadlock at Old Trafford, tapping home in the second minute of added time at the end of the first half after Freddie Woodman had spilled Mason Greenwood’s driven effort. 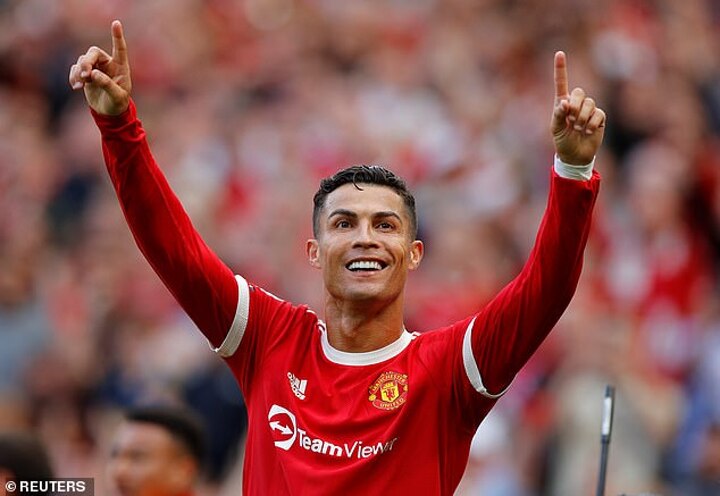 Ronaldo then doubled his tally following Javier Manquillo’s equaliser, taking Luke Shaw’s through ball in his stride before nutmegging Woodman with a powerful left-foot strike.

Bruno Fernandes and substitute Jesse Lingard were also on target but the day belonged to the returning Ronaldo, and the emotion of the day appeared to catch up with his mother Dolores Aveiro.

A picture posted on Twitter appeared to show the 66-year-old crying at Old Trafford, where thousands of fans had attended wearing his classic No 7 shirt following his fairy-tale £19.5million return from Juventus.

Ambo_91 shared the snap and wrote: ‘Ronaldo’s Mum behind me after him scoring, my heart cannot cope.’ The tweet has gained more than 20,000 likes and nearly 4,000 retweets. 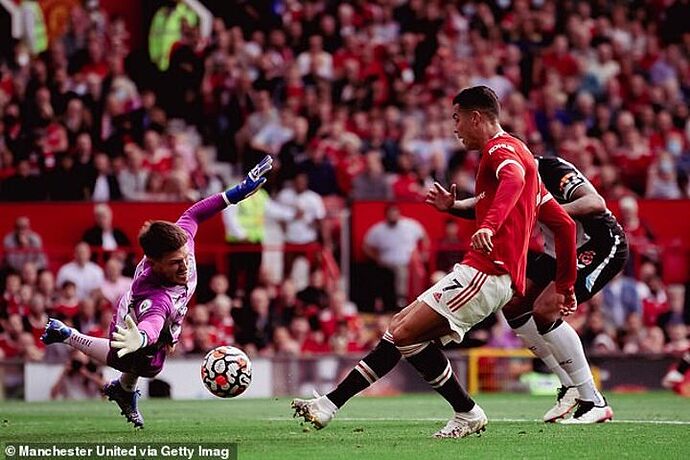 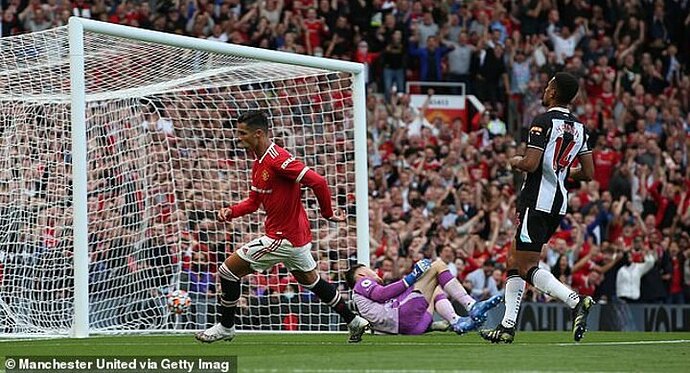 His mother flew in to Manchester earlier this week, but her attendance at Old Trafford may have come as a surprise given that Ronaldo has previously revealed she is not allowed to come to see him play in the biggest games.

‘I say, ‘‘Listen, I don’t have a father any more. I don’t want to lose my mum, too, so you’re not going to watch quarter-finals, semi-finals, or finals’’.’ 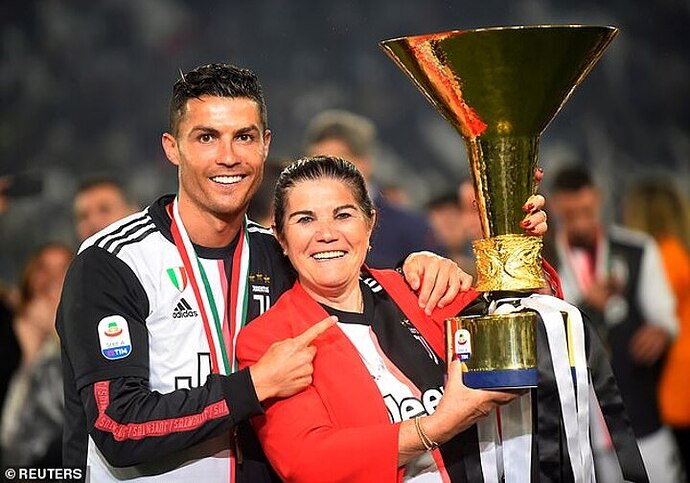 He had previously said: 'She gets so nervous, I don’t understand why. She is not allowed now to watch big games.

‘I get friends to stay with her and she goes for walks around the house. She fainted two times in the stadium. She is nervous.’

Marcus Rashford however led the tributes to Ronaldo - who now has 120 United goals - and was the first to offer his congratulations as he tweeted: ‘It’s like he never left,’ accompanied by a clapping emoji.

That be the only thing that I see​:joy: