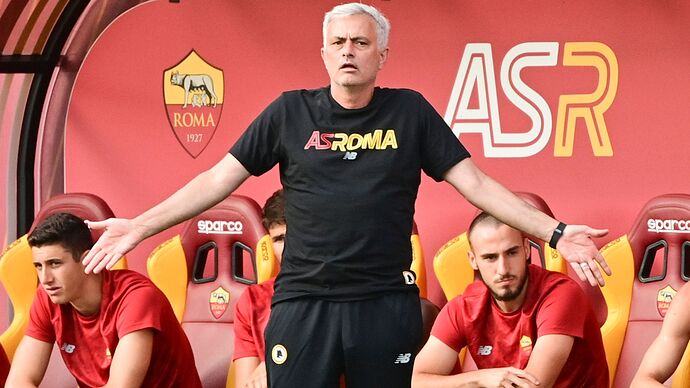 Jose Mourinho oversaw a goal-fest in his first game as Roma boss, with his new side hitting 10 goals past a lower-league Italian team in a friendly on Thursday.

The former Chelsea, Manchester United and Tottenham head coach was appointed by Roma back in May, and was officially unveiled last week.

The Portuguese defended his recent track record during his first press conference, and on the pitch his reign got off to an ideal start.

Playing in Trigoria, Roma recorded a 10-0 victory in their first friendly of the season against Montecatini, who play in Serie D, which is split into nine regional divisions.

Ah na is this one an achievement? You went to a disgrantled lower division club and you here making noise. I was expecting the score line to be 23 because RTU in Tamale can beat that lower division team in Italy.

I understand he’s preparing for the coming season but he must prepare well and stop tickling himself with things that doesn’t add value to his achievement.

Come compete in the Champions League, Italian league or other high rated competition and let’s see if he’s still “one”. We pray they don’t sack him at Romance too.