Rita Awuni: 17-year-old Ghanaian student defies odds as she returns to school with her 10-month-old son

Rita Awuni, a 17-year-old teenage orphan, has returned to school after giving birth to her son, defying the social stigma and stereotype to continue her education.

The new mother gave birth to her son, Sampson Awuni, in February this year, said Senyuiedzorm Awusi Adadevoh, a Ghanaian photographer in a Facebook post.

Unlike other students elsewhere, Rita Awuni is fortunate to be in the same school with her child and can breastfeed or provide him with a hot beverage during break time, thanks to a special arrangement her school put in place for her. 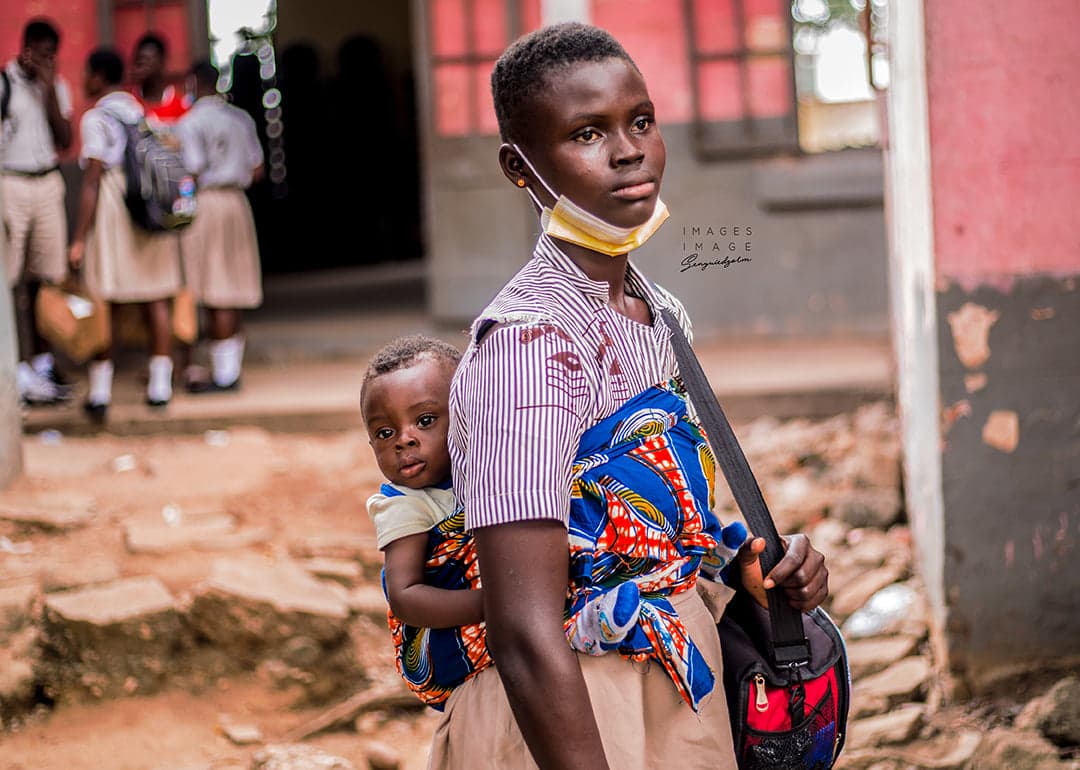 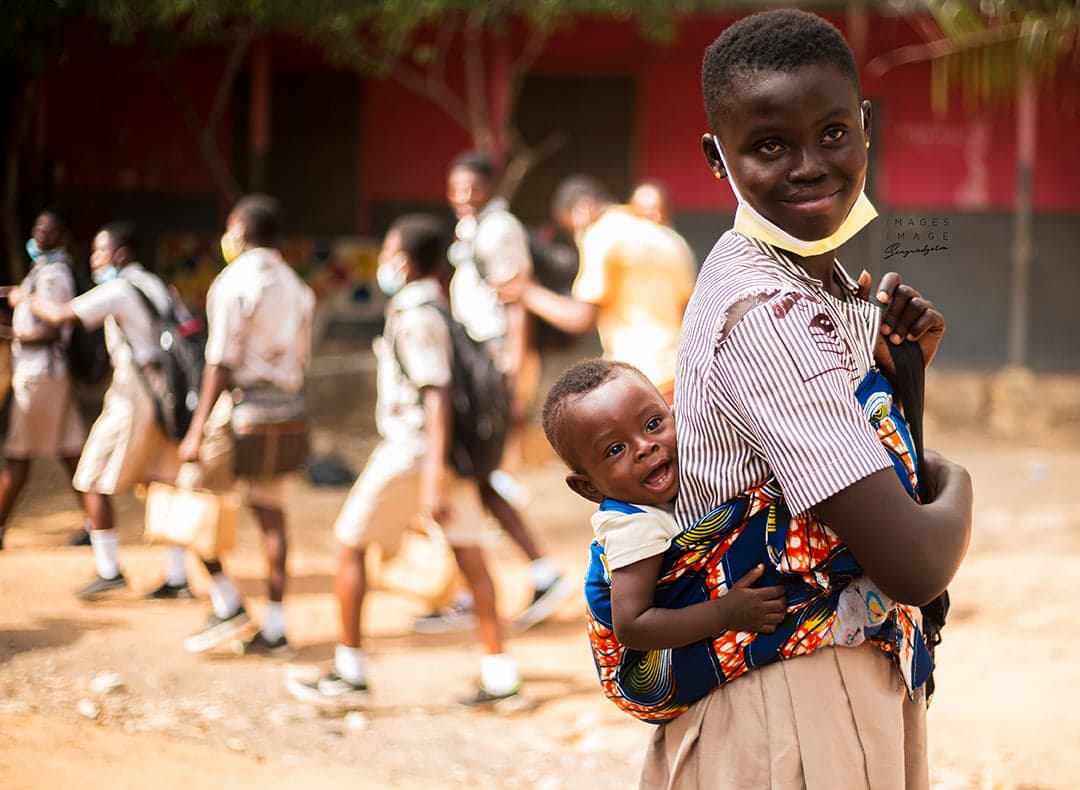 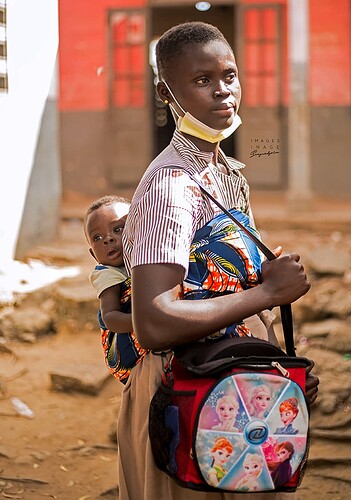 Recounting Awuni’s story Sharing Rita’s story on Facebook, Awusi Adadevoh indicated that she was very taken by the sight of seeing a teenager with a baby strapped to her back in school, which drew her attention to Awuni.

‘’ Rita Awuni, a teenage orphan, returned to school in February this year after giving birth to her son Sampson Awuni.

‘’ Very taken by the sight, I asked her how she manages the child during school, and she tells me a most “amazing” thing, "Oh he goes to The KG side and I go to breastfeed or give him ‘Koko at break time,’’ an arrangement her school put in place for her,’’ Awusi Adadevoh said

Rita who together with her son sleeps at the art center sells pure water after school for their upkeep. Rita could not hide her confusion of my fascination with her, to ease her up I said to her “you see, not long ago I had to put my child at my back to work just like this, but I am 40 years old” that made her smile and started talking to me and gladly stood for the photos.’’