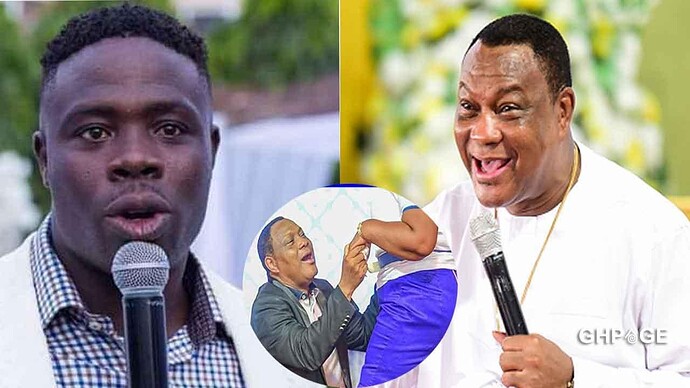 image1280×720 77.1 KB
Do you remember Pastor Blinks? You’ve forgotten him soo soon? Well, he’s the pastor who went viral for shaving the private parts of his female church members.He has been in countless viral videos that seemingly carries the same message. In the latest of his controversial videos Pastor Blinks has gone the extreme.Excerpts from the footage see two ladies giving testimony in church dressed half-naked in front of him.Pastor Blinks in the video was addressing the congregants and one of the two ladies was wearing only a bikini.Another lady from nowhere also ascended the platform and removed her underwear all in the same video.GhpageTV reached out to the Pastor to tell us the core reason why he does such videos.He disclosed that he does this to expose some of the eerie situations people go through in the name of deliverance.In our latest interview with the controversial pastor, he has shockingly revealed that the Apostle General of the Royal house Chapel International, Rev Sam Korankye Ankrah made his girlfriend remove her beads in church.Speaking to Rashad on Ghpage TV, Pastor Blinks said his girlfriend opened up to him about this practice of the renowned man of God in his church.The Ghanaian man of God/actor boldly mentioned that his lady told him that she once visited the Royal house Chapel International and to her awe, she was asked to remove her beads.She was directed to go to the washroom to take off the waist beads including other women who were there in the church to seek deliverance from evil spirits.
KhodedBoss2 28 September 2021 20:04 #2

This is the link to the video 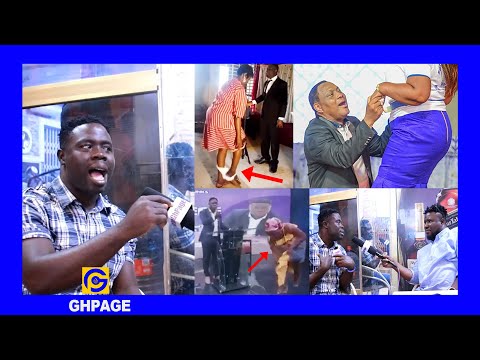