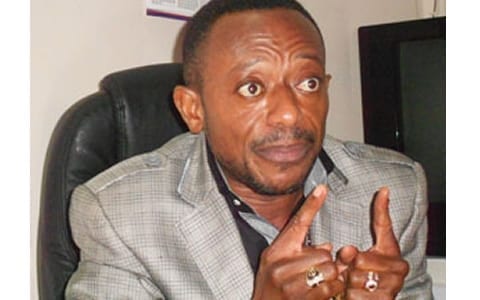 The Founder and Leader of Glorious Word Power Ministries International, Reverend Isaac Owusu Bempah, has been rushed to the Police Hospital in Accra, 3news.com gathers.

The popular man of God was sent to hospital in handcuffs after he fell sick while in police custody.

Rev Owusu Bempah was remanded into police custody on Monday, September 13 after he was denied bail by an Accra Circuit Court presided over by Her Honour Afia Owusuaa Appiah.

He pleaded not guilty to charges levelled against him by the police.

The controversial pastor was picked up on Sunday from his church premises amid stiff resistance from some of the members.

Three of his followers were arrested alongside him and they were also arraigned before court on Monday. Two are on the run.

Their case will be re-called on Monday, September 20.

Bro this country erh everything has been planned already, even though the new IGP is being real but as for this very it’s a lie they just don’t want him to be in cells

I suspect so too . They want to find a way to release him. They want him to escape the law because he’s the president’s prophet and of course there’s no way Nana Addo was going to make his friend and prophet face the law.

Some of the things they erhh they are just doing it to confuse us or just to do camouflage with it . They think they are wise. Now that they said he is sick, their on the verge of realizing him