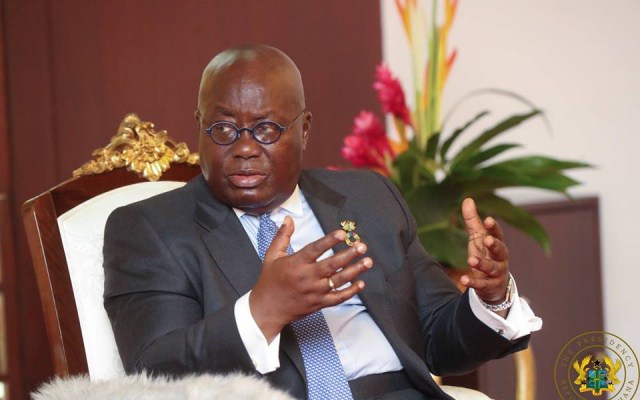 President Akufo-Addo is Chair of ECOWAS,

The Economic Communicty of West African States (ECOWAS) has said it has noted with great concern the recent political developments which occurred in Conakry, Republic of Guinea.

ECOWAS in a communique on Sunday condemned “with the greatest firmness this coup attempt on Sunday, September 5, 2021.”

“ECOWAS demands respect for the physical integrity of the President of the Republic, the Professor Alpha Condé and his immediate and unconditional release as well as that of all the personalities arrested.

“It also demands the return to constitutional order on pain of sanctions. ECOWAS reaffirms its disapproval of any unconstitutional political change.

“She asks the defense and security forces to remain in a posture. Republican and expresses its solidarity with the Guinean people and Government,” the communique signed by ECWAS Chair, President Nana Addo Dankwa Akufo-Addo said.

Soldiers appeared on national TV in Guinea claiming to have dissolved the government ofPresident Alpha Condé.

However, the defence ministry said the attempted takeover had been thwarted by the presidential guard.

This follows hours of heavy gunfire near the presidential palace in the capital, Conakry

This Guinea issue is very serious. I think all the African countries have to come together and support them before things get out of hand . Buh we still pray for the best tho

This should be a wake up call to leaders who place their selfish interest first instead of the people. Leaders are elected to serve the good people and not for the people to serve them.

Bro . In our case here in Africa, we vote for them and we serve them again

It is high time we need to change that school of thought. We must ensure they are accountable to us unless this incident will no longer be a surprise to us.

In my opinion I think the people of Guinea should be more attention because their current situation can lead the country into distraction even though they’re trying to fight for the best but if the military should takeover completely, are the citizens going to be free while a soldier takes the sit and hope to knw what happened in Ghana when His excellency the late J. J Rawlings seized power some years back

Coup in 1st century is not something that must be condoned but the leaders in Africa are very stubborn and want to remain powr till eternity. The citizens and soldiers will not sit to allow this happen.