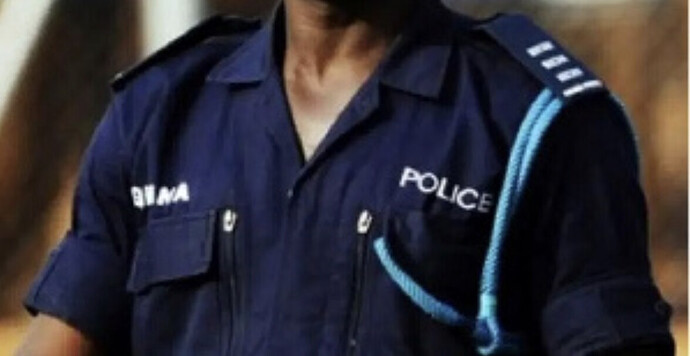 The Bono East Regional Police Commander has been forced by circumstances and pressure to order a refund of a GH¢200 MTN Mobile Money (Momo) bribe one of his officers took from a Yendi traveller with a threat to the victim after the matter was put on social media.

According to the facts available to MyNewsGh.com, a police officer who was stationed at “Last 2 Barrier” in a town called Yeji in the Bono East Region on 16th September stopped a young motor rider and his friend at the police checkpoint on a motorbike.

The police officer after failing to extort money from the riders forcefully took the rider’s mobile phone and threatened him to reveal his pin after which he transferred an amount of GH¢200 to his Momo number [0244517503] with the name, Ngbangala Kwame.
He deleted the record of the transaction afterwards but the same was retrieved from the service provider.

According to the victim, the police officer accused the two riders of being armed robbers but after searching them, he only found a Quran and some Islamic books on them. The two young men told the police officers they were from Yendi the capital of Dagban kingdom and were travelling to Prang for a Maulid celebration (Islamic birthday cerebration of prophet Mohammed SAW) but the police insisted they were armed robbers.

The two young men were beaten severely and charged to pay the Ghc200 if they wanted their freedom.The young men refused and said they had no money. The police officer after searching the two and taking what remains in cash on them forcefully took the rider’s mobile phone and transferred the amount after threatening him to reveal his pin.

The victim, Alhassan Seidu, upon reaching Prang the venue of the Maulid reported to the leader of the Tijanniya Movement Sheikh Abdul Faili Maikano Jallo who also called the police commander in Prang and reported the issue to him.

The Prang Police commander reportedly said those policemen were not in Prang but Yeji, so the victim should come to his office for them to go to Yeji.

When the police officer who took Momo’s number was called, he answered and said nothing could be done to him, admitting to the victim had taken the money and spent it. This is after the victim requested and took details of the deleted momo transaction from MTN.

The Bono East Regional Police Commander reportedly ordered the Momo to be refunded when the issues got to his attention. It is unclear what further steps the police administration is taking on the issue.

Waaa look . Because of this small money you will come and loose your job. I wonder if some of this officers have been smoking on duty. Because if you hear what they do you would ask yourself so many questions

First of all the reason why we always see this kind of things is because of greed on the side of some police officers. You take home salary every month but yet some of them go about taking those bribes.
How can you extort 200 cedis from someone you’ve searched and didn’t find anything illegal on them. They need to be punished severely to deter others from engaging in the act of bribery.

Ghana Police officers are literally behaving like beggars; as if they’re not being paid

It’s a serious issue. The last time I had an encounter with this three police officers and the oldest among them who’s literally in his late 40s asking a young guy who is in his early 20s that “Anything for the boys”.
Tagging himself and his other colleagues as “Boys” simply to get something from the young man. It’s such a disgrace.

That’s what they do . If they see you on the road and you are at fault small norr you have to pay them

This is the reason why there’s so many accidents happening on the roads. Some police officer can spot a reckless driving on the road and then stop the car only to go and take some money from the driver and leave him/her to go freely instead of arresting such a driver to be prosecuted. It’s just sad to see those whose jobs are to maintain law and order in our society being in this kind of acts.