Paris Saint-Germain have hit back at LaLiga boss Javier Tebas in the row over his continued attacks on the French club and its players. 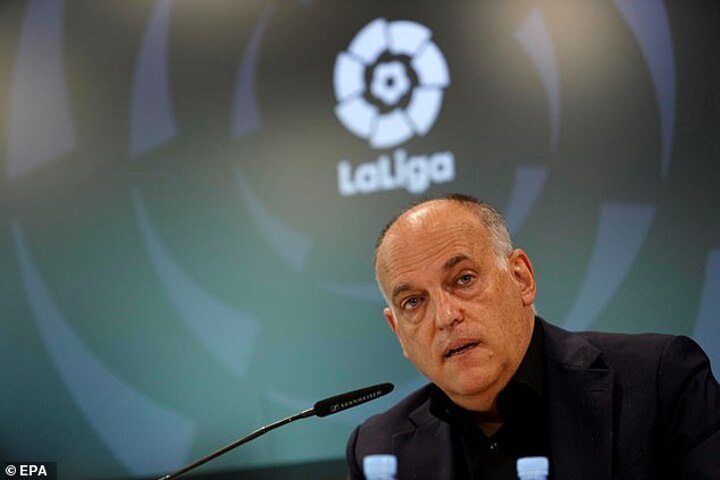 The head of Spain’s top flight launched into a stinging attack on Tuesday at a press event for an official Panini sticker album, labelling the Ligue 1 side 'as dangerous as the Super League and calling them ‘a league of legends’ following their acquisitions of former Real Madrid captain Sergio Ramos and Barcelona icon Lionel Messi.

LaLiga are still reeling from a summer that saw a number of high profile individuals leave the division, including Ramos and Messi, who were both picked up on a free transfer by PSG.

Barcelona were unable to register on a new contract due to club’s dire financial situation.

As a result, Messi signed a deal with PSG at the beginning of August to join the club on a two-year deal, understood to be worth £35million a season.

He was one of five high profile new arrivals at the Parc des Princes, alongside Ramos, Achraf Halkimi, Gianluigi Donnarumma and Georginio Wijnaldum.

The arrival of those signings, despite four arriving for no transfer fee, has drawn the ire of Tebas, who said: 'Currently PSG spends more than €600million (£515m) on salaries (per year). Television in France will pay nothing more than €70m (£60.1m).

‘They declared commercial losses 30 per cent above the average of others in Europe… that’s not is sustainable. It can’t happen.’

PSG have now responded to Tebas, hitting out at his ‘unsubstantiated’ claims, while also pointing to the issues within his own league that have not been addressed. 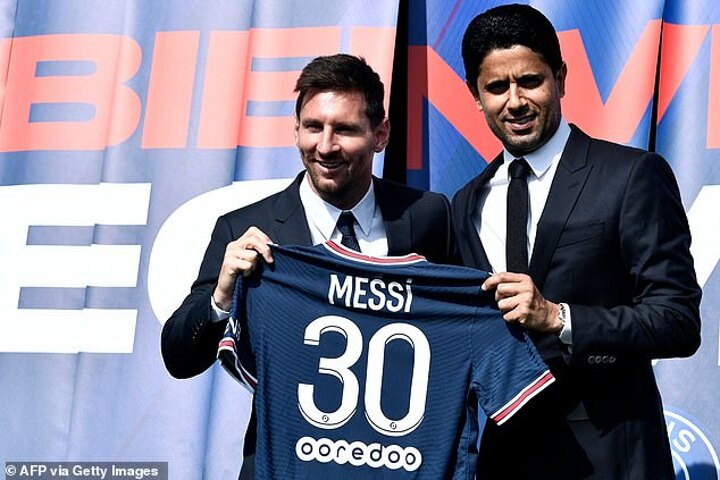 A letter seen by Sportsmail to the LaLiga President, signed by the club’s general secretary Victoriano Melero, states: 'Time after time, you allow yourself to publicly attack the French League, our Club, our players – together with players of other Clubs – and the fans of French football; while constantly posting insulting and defamatory statements insinuating that we do not conform to the football financial regulations, amongst other unsubstantiated statements.

'Indeed, year after year, it will not have escaped your attention that we comply with UEFA and French regulations, including those of the DNCG.

‘It is worth noting that the French League did not, like your League, wait until recent years to take actions and put in place strong financial regulations.’

Tebas also suggested that PSG posed a greater threat to European football than the European Super League on Monday. 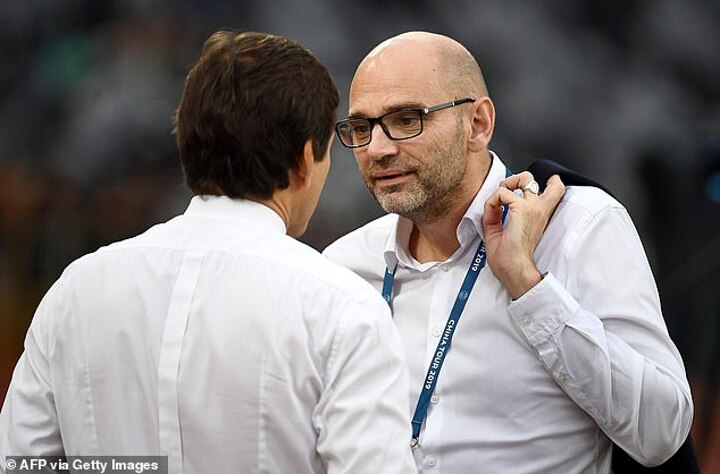 However, PSG were quick to point out that the failed breakaway included three of LaLiga’s own clubs - including two that have yet to denounce the plan.

'I would add these attacks are unhelpful in the context of institutions and clubs across European football focusing every energy on finding common solutions to the problems facing football.

‘That is, of course, except the three ESL clubs, two of which are in your League. I am quite surprised you are not focusing more of your attention on the two clubs in your League that remain steadfast focused on breaking up your League, and European football as a whole.’

PSG, along with both Bayern Munich and Borussia Dortmund, rejected invitations to join the breakaway concept towards the end of last season.

Atletico Madrid, Barcelona and Real Madrid all decided to take part. The latter two have never formally left the ESL. 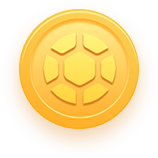