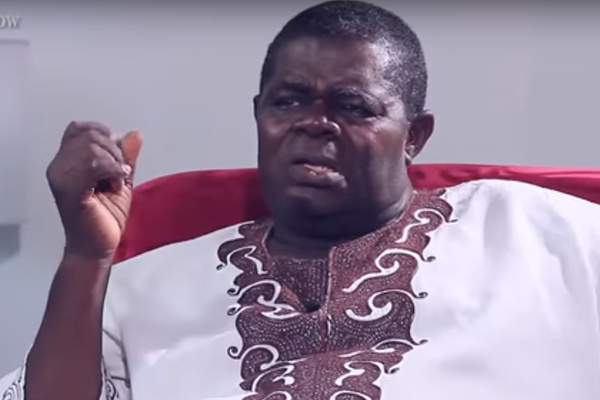 Veteran Ghanaian actor Psalm Adjeteyfio popularly known as TT of the defunct TV series Taxi Driver has been in the news lately for all the reasons you can think of.
From soliciting money for his medical bills to paying out his house rent, these are just a few but there’s something new.
Can you guess how much the veteran actor who shot several TV commercials made from them especially the very popular one with the catchphrase “Aponkye ne ti?”Psalm Adjeteyfio revealed he was paid a paltry sum of GHC300 for the commercial.
According to the actor, he was so broke at the time and was ready to do anything to make money. He revealed he even begged to shoot the commercial although the company felt the money was too small for a person of his calibre.Eventually, the company offered him an additional GHC200 making it GHC500.

Conversations around that particular TV commercial have come up wildly especially as TT was seen rebuking his old-time friend for not saving money in their youthful days.

Watch TT’s interview as he narrates how he came about with the script for the TV commercial and more.