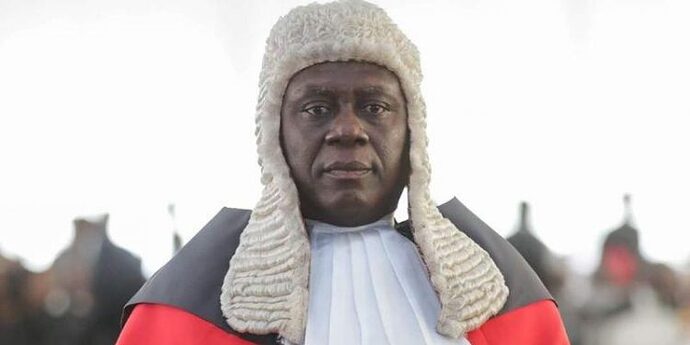 The office of the President says some processes had already commenced prior to being petitioned for the possible removal of the Chief Justice, Kwasi Anin-Yeboah, over his alleged role in the $5 million bribery allegation.

The response was contained in a letter to the civil society organization, Alliance for Social Equity and Public Accountability, (ASEPA), which had petitioned the president to invoke provisions of Article 146 to commence impeachment proceedings against the Chief Justice, Kwasi Anin-Yeboah.

The group had filed the petition after it also wrote to the Commission on Human Rights and Administrative Justice, CHRAJ, to probe the matter.

The presidency’s action will therefore be in line with Article 146 of the Constitution.

The bribery allegations were contained in a response of a lawyer, Akwasi Afrifa, in response to a petition filed against him by his client at the disciplinary committee of the General Legal Council (GLC) that he may have been bribed to influence the outcome of a court case.

Although the Chief Justice has denied the accusation and asked the Police to probe the matter, ASEPA contends that the allegations have brought the name of the Judiciary into disrepute and cast a serious slur on justice administration in the country, hence the presidential petition.

In a statement signed by the Secretary to the President, Nana Bediatuo Asante, the office said it has officially received the petition and has initiated processes to act on it.

The letter, titled; Re: In Re: Petition to invoke Article 146 for the removal of Chief Justice, said, “I write to acknowledge receipt of your updated petition in respect of the above subject matter and to inform you that the President of the Republic has, in accordance with Article 146 (6) of the Constitution, commenced the appropriate processes subsequent to being petitioned for the removal of the Chief Justice”, the statement read.

In the meantime, Executive Director of ASEPA, Mensah Thompson says the response from the President is welcoming.

“I think this is quite delightful, just as we expected the President to do. There is nothing unusual about this because the constitution is very clear about what the processes are and the President is supposed to act as a conveyor belt when he receives such petitions,” he said on Eyewitness News.

When asked specifically if he is thus satisfied with the reply in relation to the substantive matter, Mr. Thompson retorted: “Not yet, but it is a giant step towards our expectations because we what to get to the bottom of the matter and the processes must go on. If the processes are fair and transparent and the facts arrive, we will be satisfied with whatever outcome.”

Nana Addo has acted promptly on this one. Due process to get the AG sanctioned if found guilty of the corruption charges is the best way to go. No one will be protected under this government. ASEPA has also done the honourable thing by petitioning the president.