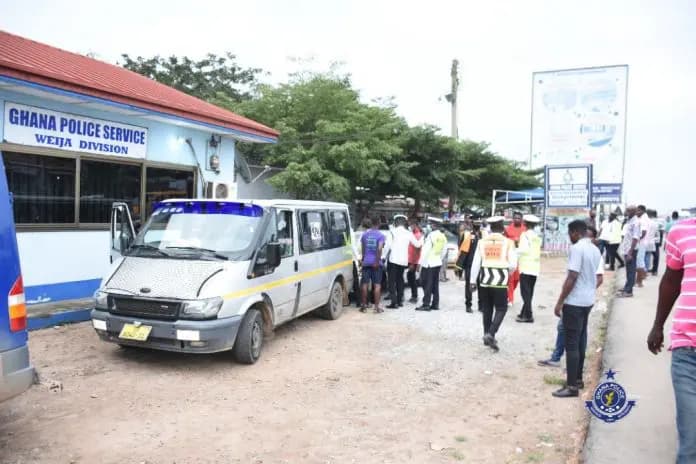 The Motor Traffic and Transport Department (MTTD) of the Ghana Police Service on Friday, September 3 impounded 22 vehicles following a special operation on the Weija-Kasoa stretch of the N1 Highway.

Led by the MTTD Director-General, DCOP Nyarko Aboagye, the operation was carried out in collaboration with the National Road Safety Authority (NRSA).

They are all being processed for court, according to a press release issued by the Service on Saturday, September 4.

“Some of the offences the arrested motorists committed in this special exercise include dangerous driving, driving on the shoulders and verges, driving in the opposite direction and facing on-coming vehicles among others,” the police stated.

The War Against Road Traffic Indiscipline is aimed at deterring motorists who flout road traffic laws, contributing to preventable road crashes and loss of lives and damage to properties.

It also aims at easing rush-hour congestions on major roads within Accra, Kasoa and adjoining communities.

“The motoring public are advised to abide by road traffic regulations at all times to enhance road safety and prevent accidents which sometimes lead to the lost of lives and properties.”