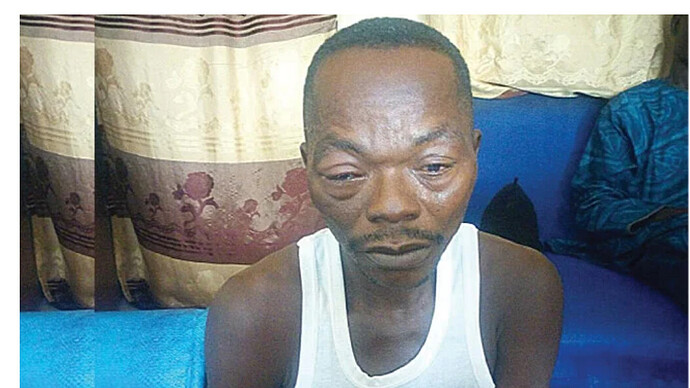 Robert Mede of Bodere Village in Ribadu District, Fufore Local Government Area of Adamawa State has been arrested by the police for allegedly beating his pregnant wife, Ladi Mede, to death during a disagreement.

The suspect, who is currently being interrogated at the Criminal Investigation and Intelligence Department of the state police headquarters in Yola, admitted that his 30-year- old wife met her death during a fight between them.

City Round gathered that the wife recently returned from her parents’ home to her husband’s house after the settling of a disagreement between them.

Roberts said, “My wife and I had a disagreement and she moved out to stay with her parents. However, through the help of one of my friends, Mustapha, who intervened, she returned to the house on July 4. At about 8pm, I was waiting for my friend to achieve my request, unknown to me that she had returned home and waiting for me. When I entered the house, someone held my neck and accused me of infidelity. It turned out to be my wife and she dragged me into the house during which she beat me after throwing me to the ground. It was at that point that I managed to stand up, pick a stick and hit her on her waist.”

He said that the beating affected her health, adding that she was rushed to the Cottage Hospital in Fufore the following morning for medical attention. He added that at the health facility, he was told that his wife was in need of blood to save her life.

According to the suspect, his wife’s health condition deteriorated. He noted that she later took ill and died on July 9, 2021, stating that he regretted his action.
Source : punchng.com