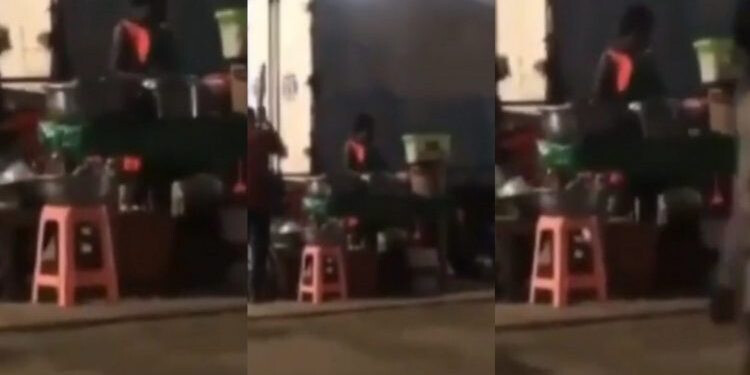 The two persons who were arrested by the police for operating an eatery on the pavement of the newly constructed Pokuase Interchange have been fined by a court in Accra.

“Comfort Dartey and the father Kwame Addo were taken to court on [Thursday] and the court has fined them. The father faces a fine of GH¢300 and the daughter paid an amount of GH¢120 and signed a bond of good behavior,” she said.

DSP Obeng said the police will continue to engage and collaborate with local authorities to ensure sanity across the country.

“The arrest was done in collaboration with city authorities, and so that tells you there is some form of collaboration with the police and city authorities in making sure that we have a sane country. We are looking forward to more engagements to make sure that some of these [distasteful] things we see, are stopped, not just at Pokuase but every other place in the country.”

A viral video on social media showed two persons pounding fufu at night at the site of the interchange for sale earlier this week.

Next to them in the video were some persons patronizing the mini-eatery operated on the pavement.

The video attracted wide condemnation from social media users, who expressed worry that developments at the interchange will deface the infrastructure and end up causing congestion it was intended to fix.