Pickpockets at the Accra Sports Stadium stole the mobile phone belonging to Ghana legend Sulley Muntari during a photo session with fans after Sunday’s Super Clash, the club has confirmed.

The former Inter Milan and AC Milan star lasted 52 minutes in his maiden appearance in the Super Clash which was staged in Accra.

Muntari received praises from across the two divides following his glittering first-half display in the Rainbow colours.

However, it has emerged that the expensive mobile phone of the midfielder was stolen by thieves when he voluntarily decided to do a photoshoot session with some of the fans.

“Yes, I heard of the incident this evening. Sulley was doing a photoshoot session with some of the fans and unfortunately, someone picked his phone from his pocket,” Hearts of Oak’s PRO Kwame Opare Addo told Enoch Worlanyo on Asempa FM’s SportsNite.

One of my favourite players ever <3 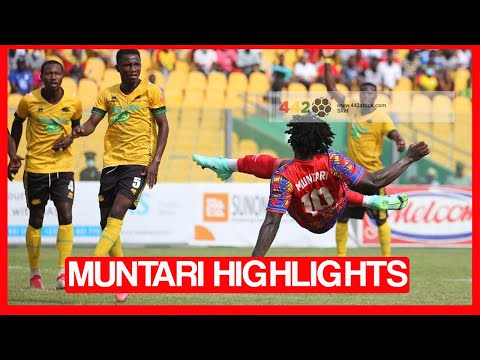 Hahaha
I loved Muntari too though but the country is top hard that we aren’t safe anymore. If a whole Muntari’s phone can be stolen, then afor look sharp ooo. Eiii