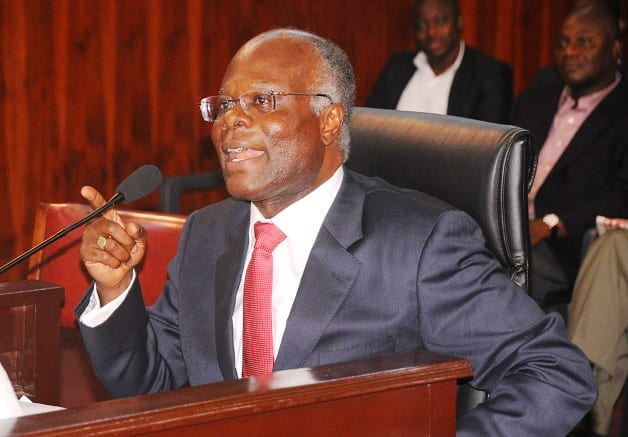 The Member of Parliament for the Adansi Asokwa constituency, K.T Hammond has given the strongest indication that the much talked about anti-LGBTQI Bill currently before Parliament will get the full support of the house if it is laid.

He has audaciously declared that all 137 MPs of the Majority Caucus are in favour of the Proper səxual Rights and Ghanaian Family Values Bill.

Speaking on the subject on Citi TV ‘s Face to Face program, the vociferous legislator explained that although the Bill will be fine-tuned to ensure that it does not infringe on the rights of citizens, he was however quick to add his firm conviction that the Bill will be passed to criminalize LGBTQI+ rights and its related activities.

“I don’t think this Bill will go up wholesale. The Bill will definitely be scrutinized, so we make sure it doesn’t offend the rights of anyone and get the consideration right. But absolutely, all the 137 NPP MPs are in support of this Bill,” he stated.

When host, Umaru Sanda Amadu asked Mr. Hammond to come to terms with the arguments raised by persons against the Bill, the MP said he cannot fathom why some individuals will throw support to encourage gay rights.

In expressing the support of his colleague MPs, the former Deputy Energy Minister categorically stated that never will the country give room to LGBTQI+ rights under the current Parliament.

He added that the silence of the Majority Caucus of Parliament should be seen as their support for the Bill and not to be misconstrued to be mean complete disapproval to have the Bill passed.

“What we are saying is that we will not allow the proponents of LGBTQI+ rights to pollute the public morals of this country… We will not agree. Those kicking against the bill have no vote in Parliament. We will bring the law out, and we are clear in our minds that if the Bill comes to Parliament we will support it.”

“The bottom-line so far as I am concerned is that we [Parliament] will not allow homosexuality to take seed in Ghana; whichever form that will get it going, we will not allow that. I am very confident about that. There are other MPs with a kind of hatred for this Bill. You have no idea. There are those who are even more passionate than I am. They might not have publicly come out to say it, but we simply do not want to hear anything LGBTQI+, period. “, KT. Hammond said.