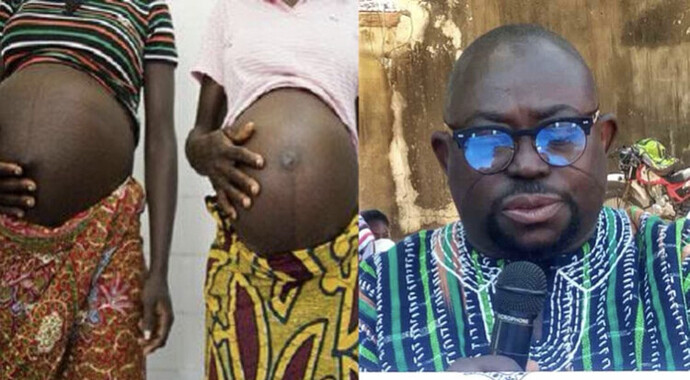 The District Chief Executive (DCE) for Bongo District in the Upper East region has disclosed that [the water he and the residents of his district drink is blamable for the rise in teenage pregnancy.

According to Peter Ayinsiba, “the water we drink makes us men sexually active and makes the women highly potent”, so sexual activities are on the increase, which also leads to the upsurge in teenage pregnancy.

He revealed in an interview on Bolgatanga-based Dreamz FM that although there is no scientific backing for the claim that the water they drink stimulates sexual activity, a female nurse confirmed to him that it is true, so he is inclined to believe it.

“Somebody told me a story that the water we drink makes us men sexually active and makes the women highly potent.

It is not clear if the DCE himself who happens to be the President’s representative in the Bongo district has a personal experience to corroborate the theory of their drinking water being aphrodisiac.

He however pleaded with the residents of the district to exercise restraint in their sexual activities and not take advantage of the situation to engage in sexual misbehaviour.

“We are not the only sexually active people in this region- let us restrain ourselves,” he pleaded.

“It is a multifaceted matter and the approaches cannot be one way to solving the problem. The parents have a role to play. The community has a role t play; guidance by teachers for the teenagers who are in school, and we as a government – the local assembly has a role to play

So, this is the excuse the District Chief came up with? Tell people to stop drinking water then.

Nothing backed by science and it is as good as fantasy a story. Actually, might make a good case for a movie script

No, lack of education on sexual health and relations is the major cause of teenage pregnancies. Trust me If these kids were well informed about the life saving benefits of condoms, the numbers would keep going down.

Not a made up story that isn’t proved anywhere, scientifically, that the district chief want to use to ease pressure off himself, lol.

trying to cover up

Is everything alright Mr…?

I hope u did not visit the bloom bar last night?